Wisconsin's elections gave us a preview of the lengths to which Republicans and their judicial allies will go to disenfranchise voters in November. 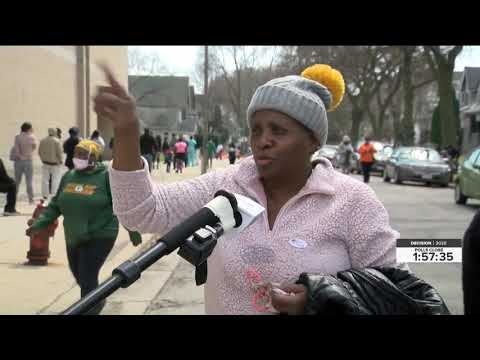 Republicans have opened a new front in their war on American democracy, and it is the cruelest yet. Refusing to heed warnings that in-person voting in Wisconsin's April 7 elections could spread the coronavirus, they worked with judicial allies to block a move by the state's Democratic governor to postpone in-person voting and extend the absentee deadline so Wisconsinites could safely cast ballots by mail.

"Wisconsin's election offers a nightmare vision of what the whole country could see in the fall," warned Ben Wikler, the Democratic Party of Wisconsin's chairman. "A fight where Democrats struggle to balance democracy with public health, and the GOP remorselessly weaponizes courts, election laws, and the coronavirus itself to disenfranchise millions of voters who stand in its way." If the coronavirus lingers or spikes anew in the fall, this could be a recurring nightmare.

The bare-bones story of the Wisconsin fiasco is jarring. Republican legislative leaders openly mocked and obstructed efforts by Governor Tony Evers to do what 15 other states had already done: restructure election plans to avoid sending voters to the polls while they were under orders to stay at home. Why? Wisconsin voters were deciding the fate of a state Supreme Court justice appointed by the previous governor, Republican Scott Walker. "Republicans," observed Politico, "calculated that holding the election in the midst of the pandemic gave incumbent conservative justice Dan Kelly a better chance of holding his seat." The scheme failed; Kelly was ousted.

That hard-won victory ought not obscure the lengths to which the GOP went to thwart it. When Evers issued an election-eve order to block in-person voting and extend the timeline for casting and returning absentee ballots, Republicans got their allies on the conservative-dominated state Supreme Court to upend his order, and conservatives on the US Supreme Court intervened to thwart a federal judge's order to make absentee voting easier.

Related Topic(s): Corona Virus Coronavirus Covid-19; Election; Gop; Judges; Trump; Voter Fraud; Voter Participation, Add Tags
Add to My Group(s)
Go To Commenting
The views expressed herein are the sole responsibility of the author and do not necessarily reflect those of this website or its editors.