The New York Times has done some great reporting, much with foreign policy implications in an increasingly linked world. They have exposing the expanding Amazon model of micromanagement and grueling work practices, brought sunlight to cozy think tank-corporate alliances, and exposed government surveillance and the Pentagon Papers.

But as of late the Times has become part of what Matt Damon calls our topsy-turvy world. They offer up biased, false foreign policy narratives. Sure much of the media long ago abandoned their raison d'etre, as Rolling Stone's Matt Taibbi describes in " The Summer of the Shill," hilariously explaining how a friend would go to Russian media for news about America and the American media for news about Russia. The Trump-bashing or Hillary-bashing that have obliterated what's left of our news media, he asserts, make the former media (that worked to defeat Sanders' popular politics) an effective arm of the corporate-friendly Democratic party. 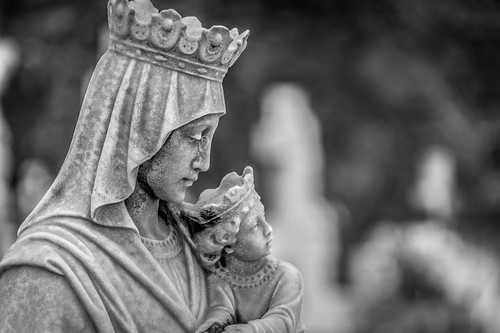 The New York Times' coverage of the past few weeks demonstrates this. They amplified the earlier Clinton campaign's tactics of red baiting to avoid critical foreign policy debates, silencing discussion about party corruption, climate-killing trade, endless war, and exploitative power grabs. Clinton's strong ties to Russia are no longer fair game and neo-McCarthyite blasts of unfavorable stories predominate. Unsurprisingly, these tactics have been broadly condemned from The Intercept's Glenn Greenwald to the Nation magazine.

The latest came on September 1, on an A1 article that provided little support for its assertion: "Wikileaks Disclosures Often Benefit Russia, Our Examination Found -- whether by conviction, convenience or coincidence." Even if one disagrees with Assange's tactics, as many do, one must acknowledge that the truths covered by him and Russian media on corporate priorities and election manipulation were often of strong interest to the public, particularly as the US media failed to do its job. In fact, the article dodges the larger question: why must Clinton's e-mails and foreign and corporate policies clouded by a Red smokescreen? "The End of History" may well be here. But we now see, rather than a natural progression, it requires quelling debate (and more) to advocate for those allied with the free market.

The New York Times' participation in this process is problematic for three reasons. First, as the newspaper of record, it is read by many who fund the dominant parties -- and thus critically shapes the ideology for the tiny ruling elite. Second, on a grassroots level, it aggravates the conditions that made it difficult for Sanders' supporters to vote for Hillary -- distracting from battles of ideas (thus ironically undermining Clinton's support). Lastly, American exceptionalism justifies corporate and military actions that work directly to impoverish global populations and ruin our planet for endless and costly profits. It's trebly ironic that the so-called liberal New York Times would fail to make such connections.

It would be difficult to examine the entire body of recent NYT writing til September 1 that has (or should have had) a foreign policy angle -- particularly so as my technology access and problems worsened as I tried to write this story (a continuation of those that have occurred since I've been writing about the media manipulation and DNC bias in the primary, while apparently being targeted by Democratic-leaning corporations or groups).

Yet even a brief review of recent writing is instructive. The newspaper does little to make sense of the violent politics of today -- their roots in troublesome American alliances and the corporations that benefit from economic and political violence. Forcible imposition of world leaders and unpopular ideas continues to be used to serve the interests of a tiny corporate and government global elite with insufficient sunlight.

Saudi Arabia -- A little over a month ago, 29 pages from a joint Congressional inquiry from a dozen years ago on Saudi Arabian involvement in 9-11 were published. The document, along with others, seemed to tie Saudi government officials to the 15 9-11 Saudi hijackers. The New York Times recently weighed in with a front page and full spread story. Not to illuminate the high cost of the publishing delay that appears key to justifying the regionally and politically destabilizing invasion of Iraq. Not to explore next steps for the US Senate unanimous passage of a bill to make it easier for families of the 9-11 victims to sue the Saudi government, which Obama is expected to veto. Not to describe the history of American arms deals with the Saudis, including the largest ever overall, or the rearming of the nation internationally condemned for its indiscriminate bombing in Yemen. They didn't want to highlight Saudi ties to Clinton who once said, "donors in Saudi Arabia constitute the most significant source of funding to Sunni terrorist groups worldwide": either through her family foundation's links or her campaign chair's brother's provision of public relations as one of many firms doing such work for the nation that leads in beheadings and other human rights abuses. Finally, this didn't prompt an overdue discussion on how to wean ourselves from our oil addiction.

Rather " Saudis and Extremism: Both the Arsonists and the Firefighters" generally lacks critical context and fails to justify our support for the violent regime. It opens with a weak statement that purportedly shows Clinton and Trump think similarly. One has to read about 15 paragraphs down to find the bulk of the hijackers were from there (and to learn that the Saudis supplied more suicide bombers to Iraq and foreign fighters to IS than any other nation). It highlights extremist practices and ideology, and briefly discusses high funding of universities that dissuades research on Wahhabism, and describes the ineffective retraining of religious leaders. The financing and training of muhajadeen, including textbooks that contribute to extremism and terrorism abroad, is explored, although a State Department-funded review of Saudi textbooks finished in 2013 was never published (?!). Not surprisingly the article fails to make case the Saudis are effective "firefighters," to defend their human rights record, to defend our dependence on oil, to defend our arms sales, to defend their war crimes, or to generally defend an ideology of extremism. But the 5000-word article with few conclusions largely unanchored from current politics perhaps achieves exactly what it set out to accomplish -- postponing serious debate on a close alliance.

Puerto Rico -- Democracy Now! and The New York Times both ran stories on Septemberr 1 on the selection of the Puerto Rican control board, an unelected body mirroring those appointed in many cities -- most memorably Flint -- to run the territory for at least 5 years, potentially severely reducing living standards. Democracy Now! ran it as one of a handful of key segments for the day, while the Times buried it deep in their Business section. DN! raised critical issues of democracy and debt, covering protests by hundreds in a gathering of bankers or business executives for a conference I their segment titled, "Protests Erupt in San Juan as Obama Forms Unelected Control Board to Run Puerto Rico." They also covered the $37 billion in debt that is believed to be illegitimate including $1.6 billion in issuance fees and another $1.6 billion in capitalized interest in so-called "scoop and toss" deals, and high average issuance fees of more than 2 percent for Puerto Rico vs. 1 percent for other municipalities. (Barclays even charged Puerto Rico 9 percent for one deal.) In contrast the New York Times story "Puerto Rican Affairs Will be Overseen by Several Experts in Finance and Law" read like an Obama administration press release, ignoring the protests, excessive fees, and questionable debt.

Syria -- Last week, the United States implemented a de-facto, ill-defined "no fly zone" that the Pentagon spokesman refuses to call so: telling the Syrians (and implicitly Russians) they can't fly in places where coalition forces and partnered operations are focused on ISIL. The video exchange with puzzled journalists would have been prime Saturday Night Live material or worthy of a Jon Stewart "Daily Show," no editing needed: he doesn't actually clarify who coalition forces or potential partners are, where those forces are, clarify as to whether those forces would need to be engaging with ISIL at times of targeting, or when this "old" policy took effect.

Of course, a "no fly zone" is a big issue and was indeed the subject of major debate earlier in the Democratic primary: Clinton notably went beyond Obama and Sanders in her support. The prospect has been considered a frightening one: should we not consider the world currently in World War III -- even as many countries bomb Syria -- an interaction prompted by the new/old policy could be a flashpoint for a new World War. Obama was proactively and hopefully awarded the Nobel Peace Prize. Yet he has bombed 7 countries and she's described as even more militaristic -- with her family Foundation and State Department record backing up such an interpretation -- and supports a no-fly zone. The New York Times did not seem to give this press conference or term due consideration.

It may be worth noting here, separately, that Obama seems to have endorsed policies that would keep Clinton as president from being accused of rewarding corporate or government donors (although these might be consistent with his world view.)

He is potentially allowing European Union language in the TTIP trade agreement that could allow $444 billion in annual fossil fuel subsidies in the case of emergency despite G20 commitments for a phase out, signed a GMO bill shelving Vermont and other states' democratically-enacted laws, announced right after the Democratic Convention he is bombing Libya again (restarting "Hillary's War,") and introduced pesticides to fight Zika through a short-circuited process creating potential bee-killing devastation.