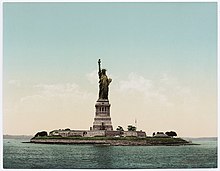 Because I'm both a Libertarian and a loudmouth, I'm frequently hit with questions about libertarianism (and the Libertarian Party). Recently this one came up:

"What is the most controversial belief of Libertarians?"

Could it be our support of immigration freedom (and, generally, freedom to travel)?

Or our demand for separation of school and state?

Or our stand for legalization of all drugs?

How about our advocacy for keeping the government out of the sex lives of consenting adults (including marriage, and including sex for pay)?

Or our belief that who you do or don't do business with -- including for healthcare and retirement -- is your decision and no one else's to make?

My answer: It's all of those, and others. But it really boils down to one issue.

The most controversial belief of libertarians (and partisan Libertarians) is the belief that you're generally both more entitled and more qualified to run your life than someone else is.

Who considers that belief controversial? "Mainstream" politicians and their supporters.

Why do they consider that belief controversial? Because they consider themselves entitled and qualified to run your life for you, whether you like it or not. And, of course, to bill you for the costs of their supervision.

Whether the issue is immigration, or education, or self-defense, or drug use, or sex, or commerce, or, heck, what color you paint your house or how long you let the grass on your lawn grow, the political approach is not to present an argument and trust you to make the right decision. It's to decide "for" you, then beat you down if you disobey (or fail to pay them for their services).

Libertarianism -- even the "political" variety -- isn't really very political at all. It's anti-political. As one fun meme puts it, libertarians are "diligently plotting to take over the world and leave you alone."

Related Topic(s): Libertarian; Libertarianism, Add Tags
Add to My Group(s)
Go To Commenting
The views expressed herein are the sole responsibility of the author and do not necessarily reflect those of this website or its editors.