Having once had the utter displeasure of being married to a psychopath, I can't help but notice the eerie similarities in current politics...

Now, before you jump to the conclusion that I'm exaggerating, let me just point out that most psychopaths are not the Bates Motel guy. Instead they are very often extremely charming and seemingly sociable. They are experts at making you feel like you found your other half even! The trick is though, that it doesn't really matter to THEM who you really are. They are just "mirroring" you; playing back what you want to hear. "Playing" you! For a reason. You are just a thing of no real value or importance, used for temporary amusement and for monetary or other gains. Watch what happens to the sweet talker once s/he has no need for you anymore.

Watching TV I see the smug grins, the "word salad" meant to confuse, the nasty selfishness and the constant creepy insistence that up is down, day is night, the sky is yellow and whatever else the attention starved "person" wants to propagate. It's all for the sole purpose of manipulation. They get you off balance so that you'll give up your voice and just let him/her rule.

Don't let it happen! There is way too much at stake here, and I can guarantee that the life intended for us commoners in Psychoville is not what we had in mind.

But why would a psychopath be drawn to politics? Because the limelight feeds their egos, their insatiable need for attention and admiration. They have no interest in bettering anybody's life, or understanding the hows and whys of foreign policy. They're there because the cameras are! And with the cameras come attention and money. That's all. Sorry, but it really isn't any deeper than that.

The Hare Psychopathy Checklist-Revised (PCL-R) is a diagnostic tool used to rate a person's psychopathic or antisocial tendencies. People who are psychopathic prey ruthlessly on others using charm, deceit, violence or other methods that allow them to get with they want. The symptoms of psychopathy include: lack of a conscience or sense of guilt, lack of empathy, egocentricity, pathological lying, repeated violations of social norms, disregard for the law, shallow emotions, and a history of victimizing others. 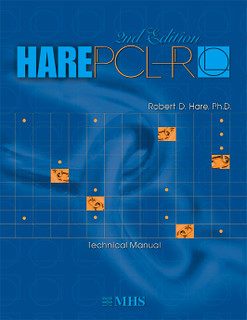 The twenty traits assessed by the PCL-R score are:

It took me years to figure out what exactly was wrong in my private life. I made the mistake of always seeking logic, reason, motive. But none of this is needed in their world. After much research on pathological lying etc, this is the information that finally FIT. I had my explanation, and my only option was eventually to opt out. There is no reasoning with this type of person unfortunately.

And now I see these very behaviors played out in front of the cameras every day! No psychopath is a suitable representative for us in Washington, or anywhere else for that matter. Wall Street is full of narcissists and psychopaths, and the current economic system makes them all float to the top. Because they are the ones that are not bothered by stepping all over others to get what/where they want. In fact, they enjoy hurting people. Their uncivilized way of doing business is rewarded handsomely, and this is something that has to stop.

As long as there isn't, all we have is our VOTE. Use it well!

Born and raised in Scandinavia, where democratic socialism is the norm. I am accustomed to relatively high taxes in exchange for free health care for all, and a relatively well functioning society. Independent and progressive when it comes to (more...)

The Power of a Sociopath