It seems that socialism has become a dirty word for many Americans. Having spent half my life in social democratic Europe I have to wonder what exactly it is that caused this.

In a socialistic society everybody's basic needs are taken care of through tax contributions. The constant worry about lack of healthcare or education (in this capitalistic utopia) is thus eliminated. "Pre-existing conditions" are not an issue, and neither is homelessness. Roads, bridges and highways are kept in good repair, and things generally work very efficiently. Yes, the taxes are higher to accommodate for this, but the playing field is leveled. And no, in my experience this does not cause people to become lazy or indifferent, nor does it in any way stifle creativity.

The enormous differences between rich and poor are eliminated when you don't go bankrupt and lose your home in the event of a serious illness or injury. Isn't it bad enough to have to go through major surgery/trauma without the added stress of losing everything you own at the same time? 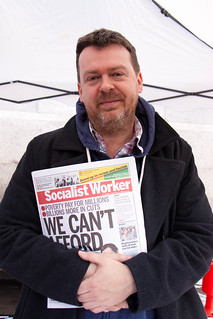 It seems to me that the main advocates for capitalism are the ones who have been extremely fortunate, inherited a fortune, or think that they're on their way to making it big, and are afraid of reducing their own piece of the pie. Rarely do we see a social worker or a volunteer firefighter (anyone in a helping profession) rallying for inequality. Most people who are concerned for the welfare of others as well as themselves are usually just looking for enough to live relatively comfortably. Anything extra is nice, but it's just not something they're willing to step all over others to achieve. You know how the poorest people in the world are generally known to be the most hospitable and generous"? Interesting isn't it?

There are dangers in both extremes, but they are not due to the theories themselves. Rather, the fault (as always) mostly lies with the elected officials. It seems to be a difficult task to find the right individuals to appoint; the ones who will not abuse their power for their own personal benefit.

At this point is the US we're seeing a small minority coddled and catered to at the expense of the masses. I don't see how this could be conducive to a well functioning society in the long run, even though for a short while it probably appears wonderful to these special individuals. But if you just keep cutting useful programs, social services, wages, unions, pensions and jobs without actually adding any revenue, things don't get better. (Just like no matter how much I cut my personal expenses, there is no possible way for me to thrive without some actual income too, right?) All it does is make the majority of people increasingly poor and miserable, while the greedy top layer moves further and further away from reality. Just like in the developing world!

There are some good things about capitalism, and there are good things about socialism. The ideal would be to merge the two, and scrap the bad. Provide the basics for everyone for free. Make all members of congress equal to the rest of the population, with the same rights and responsibilities, and without the possibility of excluding themselves from laws that they implement for everyone else. Politics should be a temporary service appointment, not a lifelong career. If politicians push policies that will ultimately benefit all - and none of them only themselves-- bribery becomes much less prevalent.

Some things ought never to be privatized or run for profit - like prisons, postal service, healthcare etc. Think about it. Any such service needs to be funded by the government or is doomed to either fail due to trimming any unprofitable areas (like rural postal service), or become abused in one way or another (like current healthcare system and privatized prisons).

If you're for Social Security and Medicare/Medicaid, then you're already for socialism. And it's OK! This does NOT make you a "commie". It makes you a caring human being.

"A nation's greatness is measured by how it treats its weakest members." ~ Mahatma Ghandi.

Born and raised in Scandinavia, where democratic socialism is the norm. I am accustomed to relatively high taxes in exchange for free health care for all, and a relatively well functioning society. Independent and progressive when it comes to (more...)

The Power of a Sociopath