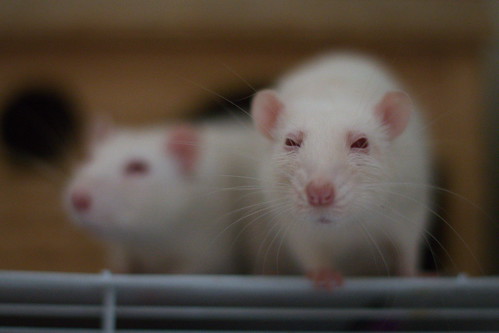 The U.S. government, in its pursuit of so-called monsters, has itself become a monster.

This is not a new development, nor is it a revelation.

This is a government that has in recent decades unleashed untold horrors upon the world--including its own citizenry--in the name of global conquest, acquisition of greater wealth, scientific experimentation, and technological advances, all packaged in the guise of the greater good.

Mind you, there is no greater good when the government is involved. There is only greater greed for money and power.

Unfortunately, the public has become so easily distracted by the political spectacle coming out of Washington, DC, that they are altogether oblivious to the grisly experiments, barbaric behavior and inhumane conditions that have become synonymous with the U.S. government.

These horrors are being meted out against humans and animals alike.

It's heartbreaking enough when you hear about police shooting family dogs that pose no threat--beloved pets that are "guilty" of little more than barking, or wagging a tag, or racing towards them in greeting--at an alarming rate somewhere in the vicinity of 500 dogs a day.

What I'm about to share goes beyond heartbreaking to horrifying.

For instance, did you know that the U.S. government has been buying hundreds of dogs and cats from "Asian meat markets" as part of a gruesome experiment into food-borne illnesses? The cannibalistic experiments involve killing cats and dogs purchased from Colombia, Brazil, Vietnam, China and Ethiopia, and then feeding the dead remains to laboratory kittens, bred in government laboratories for the express purpose of being infected with a disease and then killed.

It gets more gruesome.

The Department of Veterans Affairs has been removing parts of dogs' brains to see how it affects their breathing; applying electrodes to dogs' spinal cords (before and after severing them) to see how it impacts their cough reflexes; and implanting pacemakers in dogs' hearts and then inducing them to have heart attacks (before draining their blood). All of the laboratory dogs are killed during the course of these experiments.

It's not just animals that are being treated like lab rats by government agencies.

"We the people" have also become the police state's guinea pigs: to be caged, branded, experimented upon without our knowledge or consent, and then conveniently discarded and left to suffer from the after-effects.

Indeed, you don't have to dig very deep or go very back in the nation's history to uncover numerous cases in which the government deliberately conducted secret experiments on an unsuspecting populace--citizens and noncitizens alike--making healthy people sick by spraying them with chemicals, injecting them with infectious diseases and exposing them to airborne toxins.

These incidents are just the tip of the iceberg when it comes to the atrocities the government has inflicted on an unsuspecting populace in the name of secret experimentation.

Related Topic(s): Animals; Hitler, Add Tags
Add to My Group(s)
Go To Commenting
The views expressed herein are the sole responsibility of the author and do not necessarily reflect those of this website or its editors.