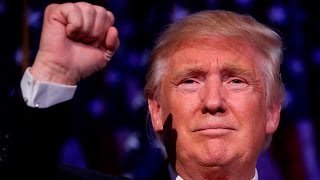 Where's Shakespeare when we need him? Only the Bard of Avon could do literary justice to the tortured madness of Donald Trump, who fluctuates between petulant self-pity and weird self-praise.

His brags are especially weird because they usually involve achievements he hasn't made. It's as though his saying something makes it true even though everyone except his most naive devotees can clearly see that he's either hallucinating or lying. In June, for example, at a rally launching his reelection campaign, he retrumpeted an old campaign promise to "drain the swamp," assuring the adoring crowd that "that's exactly what we're doing right now." Trump gilded the lie with this beauty: "We stared down the unholy alliance of lobbyists and donors and special interests."

In fact, he brought that entire unholy alliance directly into the White House, the cabinet and every agency to create a corrupt government of, by and for corporate plunderers. At least 230 corporate lobbyists have come inside the Trump Inc. administration. He also opened a luxury hotel right in the center of the swamp, just four blocks from the White House, so he and his family can extract high-dollar hotel payments from special-interest lobbyists wanting favors from the Trump regime of swamp critters.

But wait ... didn't The Donald make his political hires sign an ethics pledge agreeing not to lobby the agencies where they work until five years after they leave? Yes, but remember, Trump is a master at the Art of the Loophole, and his "pledge" provides ample room for an invasion of weasels, including an exception allowing former officials to lobby on agency rule-making. Do they think we have sucker wrappers around our heads? Rule-making is what agencies do! So, this gaping loophole frees Trump officials to sell their insider influence to corporate interests wanting to rig the rules against you and me.

At Trump's vainglorious campaign rally, he also declared that "nobody has done what we have done in 2 1/2 years." Sadly, that's the truest thing he's said.

Related Topic(s): Corruption; Homeless; Trump Against Democracy; Trump Attacks Democrats; Trump Claims Innocence; Trump Ego; Trump Liar; Trump Mental Health; Trump Racism, Add Tags
Add to My Group(s)
Go To Commenting
The views expressed herein are the sole responsibility of the author and do not necessarily reflect those of this website or its editors.