As the year began, it appeared that the dominating story within the LAUSD would be the school board elections. All four of the seats that would appear on the ballot were held by public school supporters, meaning that a clean sweep was needed for them to keep their narrow majority over the block supported by the charter school industry. The campaigns were complicated by the fact that these would be the first elections held under new rules that moved them from off years so that they would be on the same ballot as the presidential race.

Leading up to the March primary the charter school industry spent over $6.5 million trying to regain the majority that they lost with the resignation of convicted felon Ref Rodriguez. This included the mailing of anti-Semitic flyers against Board Member Scott Schmerelson in Board District 3. Even Schmerelson's opponent, Marilyn Koziatek, described these mailings as "crude", "inappropriate" and "unacceptable." She never did reject the endorsement of the California Charter School Association (CCSA) Advocates, the organization that mailed them out.

When the votes were counted, all three incumbents had survived, along with the candidate supported by United Teachers Los Angeles (UTLA), Patricia Castellanos, for the open seat in Board District 7. Jackie Goldberg and George McKenna won outright by winning a majority of the votes. Schmerelson and Castellanos earned less than half the vote and, therefore, faced Koziatek and Tanya Ortiz Franklin respectively in the November general election.

Later that same month, the LAUSD was turned upside down along with every other aspect of our public life as COVID-19 took hold. With 40 confirmed cases in Los Angeles County, the district shut down its campuses on March 16. The transition to distance learning got off to a shaky start, with significant technical issues and many students from low-income households lacking access to the technology needed in the new format. Children with special education needs were particularly affected as they lost access to in-person supports and no plan was presented for how the district would help them catch up.

Even from the beginning of the crisis, the LAUSD was very effective at making sure that students who relied on schools for food security continued to receive access to meals. The district's Grab and Go food program also served needy adults and non-school age children, even as the country, state, and federal governments continued to deny funding for this essential program despite the efforts of Board Member Schmerelson. While charter schools like Granada Hills Charter suspended their food programs during the winter break, the LAUSD continued to serve those in need. 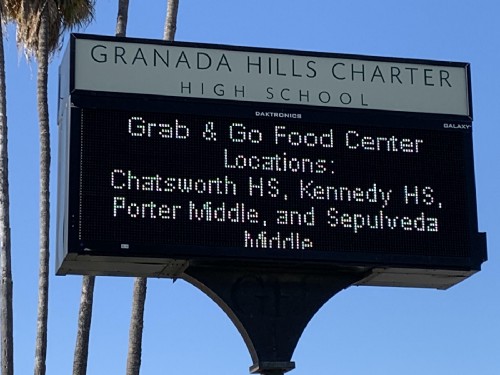 Another program that continued unabated during the crisis was the transfer of space on public schools to privately run charter schools under PROP-39. In the Valley, parents at Shirley Avenue Elementary attempted to fight off efforts by Citizens of the World charter school to take away space used for special education and community programs. Calls by the community, including the Northridge East and Harbor City Neighborhood Councils, to suspend any new or expanded co-locations during the COVID-19 crisis fell on deaf ears, and charter schools continued to take away space from public school students. 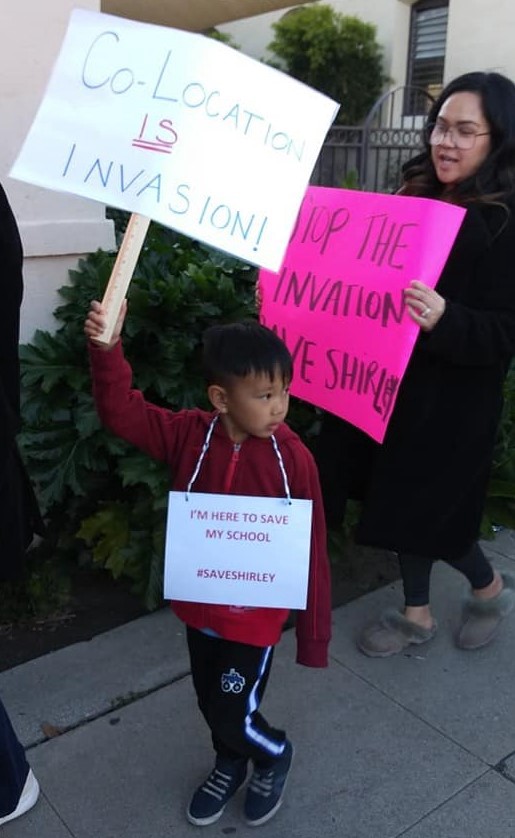 Charter schools used the COVID-19 crisis to secure millions of dollars in funding from the Payroll Protection Program meant to save jobs in small businesses. Palisades Charter High School took over $4.6 million from this program even though they voted to layoff some of its employees. When asked for her opinion on these publicly funded entities taking badly needed funds from small businesses, candidate Tanya Ortiz Franklin replied that there were more important issues. Marilyn Koziatek did not respond at all even though the school she works at, Granada Hills Charter, took over $8 million from the program. Schmerelson and Castellanos did weigh in on the subject.

Numerous instances of fraud and mismanagement by charter school organizations also came to light during the year prompting the question: is anyone watching the hen house? Board member Nick Melvoin had mocked my concerns when I pointed out the lax oversight of Community Preparatory Academy in 2019, but in July, the Executive Director of this publicly funded private school pleaded guilty to embezzling $3.1 million. A lawsuit came to light which had accused Granada Hills Charter of improperly firing an employee who had insisted that the school follow the rules for asbestos abatement. The Northridge East Neighborhood Council asked for the city to help investigate fraud after Citizens of the World Charter schools got caught red-handed manipulating the process for requesting space under PROP-39 and New Heights Charter School refused to pay over $1 million that it owed to the LAUSD. El Camino Real Charter High School, which has been hiding an audit of their operation for years, was questioned over accusations of nepotism and fiscal improprieties.

When applying for a renewal of their charter, El Camino was also shown to be serving a lesser percentage of students with disabilities than neighboring public schools. Only 3.26% of the students at Prepa Tec High School had met state standards in math during the 2018-19 school year, but Monica Garcia and Nick Melvoin both voted to renew its charter petition.

This lack of accountability for charter schools will become more commonplace during the next term as Franklin's win gives the charter school block a majority, even with Schmerelson's win. Parents will also have less opportunity for input as one of the first actions by newly elected Board President Kelly Gonez was to refuse Schmerelson's request to reinstate the Parent Engagement and Special Education committees saying that the district staff did not have the time to prepare for these meetings.

When students return to class on January 12, they will still be attending school virtually. With COVID-19 cases surging in Los Angeles, we are worse off than we were when students first abandoned their campuses in March. However, as people begin to receive vaccinations, there is finally light at the end of the tunnel and the possibility that when I write my 2021 synopsis this time next year, students should be at least on the path back to normalcy. We will then have to figure out how to make up for all the time and opportunities that were lost during this past year.