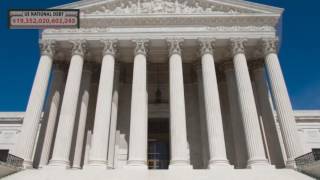 It's official: New York Times columnist David Leonhardt pronounced the Democrats as the party of fiscal responsibility. In contrast to three of the last four Republican presidents who raised deficits with big tax cuts for the rich and increases in military spending, the last Democratic presidents sharply reduced the budget deficit during their term in office.

Leonhardt obviously intends the designation to be praise for the party, but it really shows his confusion about budget deficits and their impact on the economy. Unfortunately, this confusion is widely shared.

Contrary to what Leonhardt seems to think, the economy doesn't get a gold star for a balanced budget or lower deficit. In fact, lower deficits can inflict devastating damage on the economy by reducing demand, leading to millions of workers needlessly unemployed.

This has a permanent cost as many of the long-term unemployed may lose their attachment to the labor market and never work again. Their children will also pay a big price as children of unemployed parent(s) tend to fare worse in life by a wide variety of measures, especially when unemployment is associated with family breakup, frequent moves and possible evictions. Also, lower levels of output will mean less investment, making the economy less productive in the future.

We actually have some basis for estimating the cost of long periods where the economy suffers from insufficient demand. If we compare the Congressional Budget Office's (CBO) projections for potential GDP in 2018 made before the Great Recession, with their current projections, the gap is more than $2 trillion, or 10 percent of GDP.

That loss comes to more than $15,000 a year for every household in the country. In other words, the CBO's projections imply that if we had managed to sustain high levels of demand in 2008 and subsequent years, rather than falling into a severe recession with a weak recovery, the annual income of the average household would be $15,000 a year higher.

Perhaps the CBO didn't know what it was talking about when it made these projections back in 2008. (Of course, we are now supposed to take the CBO's projections of deficits and interest burdens as sanctified, but maybe they have gotten much smarter in the last decade.) Let's suppose that if we had managed to avoid the recession and maintain high levels of output, potential GDP would be just 5 percent higher today, half as much as the CBO had projected back in 2008.

In that case, the loss from too much fiscal responsibility (deficits that were too small) would be $1 trillion a year or $7,500 per household. That dwarfs the amount at stake in most of the policies we debate. For example, the International Trade Commission projected that the Trans-Pacific Partnership would generate gains of just 0.23 percent of GDP after 15 years, when its benefits were fully realized.

It would be difficult to get an accurate measure of the full costs caused by the weak recovery from the recession; both in terms of lost output at the time, and the permanent damage to the economy and people's lives, but there can be little doubt that it is enormous. Nonetheless, the proponents of fiscal responsibility, who are largely responsible for these costs, continue to be treated as paragons of virtue. After all, we are supposed to want balanced budgets or at least small deficits, right?

Economic policy will continue to suffer as long as the loudest voices in the debate have no understanding of how the economy works. Deficits can undoubtedly be harmful. When the economy is reaching its limits, as indicated by a shortage of workers or other inputs and rapidly rising wages and prices, a higher deficit will make this problem worse.

But we have not reached this point yet, and honest people who understand the economy will acknowledge that we don't know how close we are to this point. In that context, why should we think there is any big problem with a larger deficit. This does not mean we want to give more tax breaks to rich people and have useless or even harmful military spending.

Regarding the interest burden of the debt, it remains below the 1990s level when measured as a share of GDP. That is likely to be the case for many years to come under plausible scenarios.

Dr. Dean Baker is a macroeconomist and Co-Director of the Center for Economic and Policy Research in Washington, D.C. He previously worked as a senior economist at the Economic Policy Institute and an assistant professor at Bucknell University. (more...)
Related Topic(s): Deficit; Economy; Fiscal Cliff; Fiscal Responsibility Summit; Workers, Add Tags
Add to My Group(s)
Go To Commenting
The views expressed herein are the sole responsibility of the author and do not necessarily reflect those of this website or its editors.