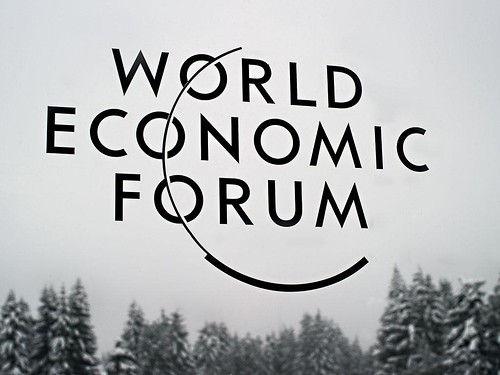 A friend sent me a link to something calling itself "The World Economic Forum" the other day, touting something called "The Great Reset." It says:

"There is an urgent need for global stakeholders to cooperate in simultaneously managing the direct consequences of the COVID-19 crisis. To improve the state of the world, the World Economic Forum is starting The Great Reset initiative."

There's a video on the first page featuring the Secretary General of the UN, and HRH Prince Charles. The Prince delivers a perfect vision of the Global Private Sector saving the world. The head of BP talks about becoming a "net-zero company by 2050, or sooner." Many of the people listed below give short talks in this video, all in support of the proposition that "we" need to implement "green" projects aimed at "the vulnerable" to keep them employed, such as by planting trees, and of course, consuming. They talk about the pandemic and global warming like "who knew? It took all of us completely by surprise."

Baloney. Stuff and nonsense. The fossil fuel companies were the first to know what would happen more than four decades ago, and chose to suppress the information. That decision may be the one that ended civilization, human life, and life itself.

The Great Reset: A Unique Twin Summit to Begin 2021

Looking down the list of luminaries on the speakers' roster, I see the CEO of the biggest credit card corporation, a policy wonk from the People's Bank of China, the CEO of BP (post greatest-oil-spill-in-history), the President of Microsoft. These people are now going to preside over something called "The Great Reset"? And they're holding this meeting in Davos?

Clearly, The Masters of the Universe are scared shitless.

And that should have the rest of us a little concerned.

Here's why it has me a little concerned: this group of humans live at the top of the heap called "Capitalism," which is not just "the foundations of our economic and social system," that they can, if they just get together and hash out an agenda and some good policy, "jointly and urgently build."

Capitalism is not that: it's much deeper. It's not the foundation of anything, it's what the foundation is sitting on. It's the invisible, silent context of life; it's the environment so pervasive we don't know it's there; it appears to us like the Law of Nature. It's our Culture.

Now, that's not to say it's unchangeable: just that nobody has ever created a culture from the top by having meetings and press releases. Not even the Romans. They inherited theirs, and so did the Greeks. Culture evolves. And evolution includes everybody in a species. Not just the top predators in the food-chain.

I note that the guy that founded this outfit was part of the Bilderberg group. Before my conspiracy-minded friends jump up, I hasten to say that this is only significant because the original idea of that outfit was to resuscitate the public image of Capitalism after the second world war, a wildly successful PR project. What I'm deriving from this is that Professor Schwab is trying to do the same thing again, now that Capitalism is getting such a bad name everywhere. I'm saying that will have real impact beyond whatever world-dominating scheme others might infer, because it will confuse and delay actual transformative work to produce changes of real substance, and not the cosmetic kind Davos will produce.

So be very, very concerned. Whatever they come up with is likely to be constrained by that cultural context they are there to defend to the death (of the rest of us): to make sure "societal progress does not fall behind economic development."

"Societal progress." They already know what they mean by that. Forgive me if I seem cynical, but if they are seriously trying to pull this off, we're going to hear the sound eggs make before cooking an omelet. As the pressures of global warming -- sea level rise, storms, fires, floods and draughts -- reshape our physical world, people's individual worldviews will shift. Pretty soon just having a worldview in the first place will be a luxury, as it is now for your typical refugee. I'm not comforted by the thought that some people gathering in Davos to share the view from the top are talking about a "Great Reset" of anything more substantial than their explanations. They will be resetting a narrative, and backing it with a whole lot of cash. Then, presumably, they will go back to their private islands, or wherever you live when you own more than half the planet.

That narrative will be designed scientifically to shift the general public to a worldview that gives rise to "trust." They talked a lot about the need to restore that. Somebody even mentioned software algorithms that "direct" people's perceptions.

Related Topic(s): Billionaires; Capitalism; Economic; Environment; Finance; Meeting; Policy; Predator, Add Tags
Add to My Group(s)
Go To Commenting
The views expressed herein are the sole responsibility of the author and do not necessarily reflect those of this website or its editors.

Disinformed about the Disinformation Governance Board? Call Chertoff!