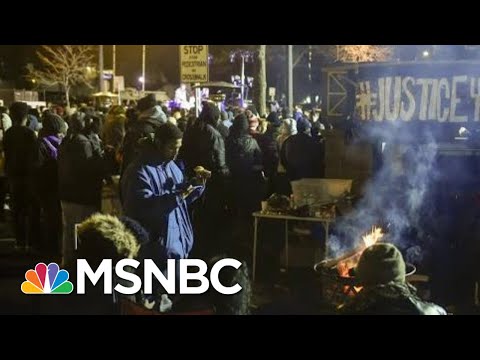 Experienced civil rights and police reform advocates were undoubtedly deeply saddened to see the killing of George Floyd captured in a shocking video, but it's not likely many were surprised.

This is a scene that plays out day after day, all across America, and sometimes video of the incident makes its way into the public realm. The video being the key. No video, no public outrage. The police know that.

Two things the police do not want pointed at them are guns and cameras. Guns pose a lethal threat, so that's understandable. Cameras, however, pose a different threat that police fear -- a legal threat.

Very often when a video surfaces implicating a police officer engaged in the commission of a crime there is a tendency on the part of some in law enforcement to blame the video or the person who made it rather than the police officer committing the crime. This explains the images we now see coming out of riot police in Minneapolis targeting journalists.

The concept that a law enforcement officer can and must totally control the interaction in every instance is foundational to policing in the US. When an American police officer instructs someone they are interacting with to do or not do something, a process begins. If the instructions are followed, the process often goes smoothly. But if the person they are interacting with objects, American police are trained to begin to increase the pressure and if necessary use force, including lethal force, to compel compliance. Non-compliance is viewed as unthinkable.

Non-compliance with police commands leads to a large number of police-involved fatalities every year. Even doing nothing when commanded to do something can result in the use of deadly force. There are many reasons why a person may be non-compliant, including disorientation and fear.

When a person is shot while attempting to flee, that is more specifically a person shot for non-compliance, and that accounts for a significant percentage of police-involved shootings every year.

It should be noted that in many other countries, particularly so-called Western democracies, police are trained to withdraw from situations that are not going well and reevaluate rather than force a potentially more dangerous conclusion.

Minnesota attorney general Keith Ellison is already on record warning that convicting Minneapolis police officers in the killing of George Floyd will not be easy: "What I'm really saying is that, you know, it's hard to convict the police -- and even when the criminal wrongdoing appears to be in front of your eyes."

The record in fact would indicate Ellison's assessment is something of an understatement. Traditionally, charges against US law enforcement officers in cases involving use of force are rare, and convictions almost unheard of. Radley Balko, writing for The Washington Post, breaks it down pretty thoroughly.

Related Topic(s): Cameras; Death; Guns; Police; Police Abuse Of Power; Police Brutality; Police Killing Blacks; Police Union, Add Tags
Add to My Group(s)
Go To Commenting
The views expressed herein are the sole responsibility of the author and do not necessarily reflect those of this website or its editors.