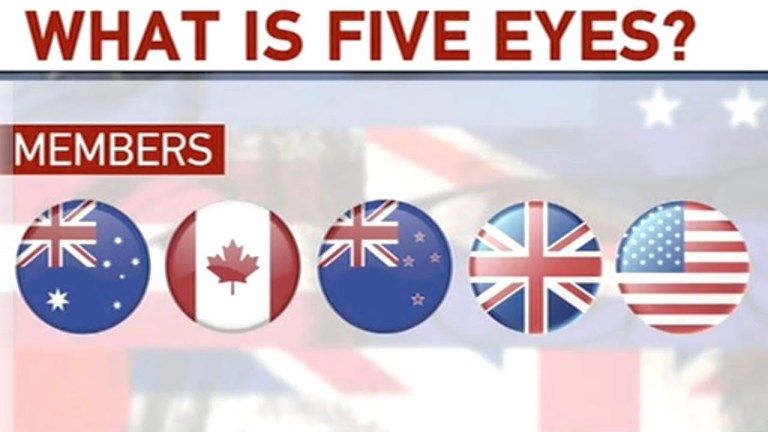 In recent weeks movements in different countries have toppled statues and put the police and other institutions upholding systemic racism on the defensive. But, amidst unprecedented protests against racism, there has been remarkably little interest in the white supremacist foreign policy alliance currently driving conflict with China. The "Five Eyes" intelligence arrangement has faced almost no criticism for propelling the Canada-China hostage standoff.

Of course, the US, Australia, New Zealand, UK and Canada intelligence agencies also worried about a firm less willing to follow their directives. In fact, the Five Eyes sought what they accused Huawei/China of. In September 2018 the intelligence alliance requested communication providers build "back doors" in their systems, allowing the Five Eyes espionage agencies access to communications. The Australian government actually published a statement, which was later removed, stating that "technical, legislative, coercive or other measures" should be considered to implement these "back doors". The campaign to paint Huawei as a privacy violator was the racist pot calling the kettle black.

The Five Eyes partnership oozes of white supremacy. Settler colonialism and empire unite an alliance that excludes wealthier non-white nations (Japan and South Korea) or those with more English speakers (India and Nigeria). It's not a coincidence that the only four countries (Canada, Australia, New Zealand and the US) that originally voted against the United Nations Declaration on the Rights of Indigenous Peoples (UNDRIP) in 2007 are part of the Five Eyes.

While claiming to be anti-racist, the Liberals promoted what John Price called "a race-based spy network". Their 2017 defence policy Strong, Secure, Engaged noted, "building on our shared values and long history of operational cooperation, the Five-Eyes network of partners, including Canada, the United States, United Kingdom, Australia and New Zealand, is central to protecting Canada's interests and contributes directly to operational success." In a rare move, the next year prime minister Justin Trudeau revealed a meeting with his Five Eyes counterparts. After the April 2018 meeting in London, Trudeau labelled the 2,000-employee Communications Security Establishment (CSE), Canada's main contributor to the Five Eyes arrangement, "an extraordinary institution." Alongside praise, the government expanded CSE's powers and funding.

Last week Five Eyes defence ministers held two days of video meetings. Despite unprecedented public opposition to racism and significant attention focused on the hostage conflict with China, there's been little criticism of the Five Eyes and its actions.

It's time Canadians debate whether they want to be part of an alliance of settler colonial states' intelligence agencies promoting conflict with China.

Overcoming structural racism should not be limited to what goes on inside Canada. We must confront racism wherever it is found, including in our international alliances.

Related Topic(s): Canada; Racism; White Anglo Saxon Protestant, Add Tags
Add to My Group(s)
Go To Commenting
The views expressed herein are the sole responsibility of the author and do not necessarily reflect those of this website or its editors.