This mantra is especially appropriate for heading this column.

Ah Tucker Carlson. How pretentious is he. Pretends to be an intellectual, but he doesn't even know the definition of the word "hoax." Here's one, from the Cambridge English Dictionary : "1. a plan to deceive someone, such as telling the police there is a bomb somewhere when there is not one, or a trick: 2. to deceive, especially by playing a trick on someone 3. a plan to deceive a large group of people; a trick. 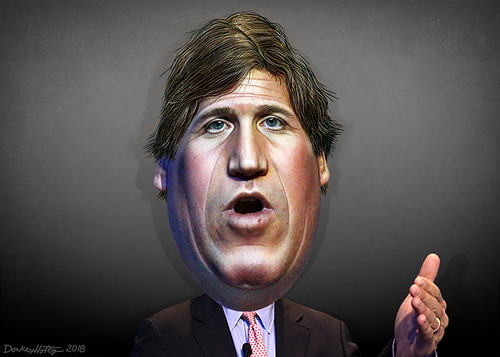 By definition then, "hoaxing" is something done in present time, something that Carlson and Hannity and Levin and so on and so forth are doing on Fox"News," or as MSNBC's Chris Hayes calls it, "Trump TV," all the time. But no, Tucker, the Doctrine of White Supremacy --- and it is a doctrine as its proponents have made clear over and over again throughout its history --- which is certainly long and ignoble, is indeed not a hoax. It is not something that was just invented, to trick people. In fact, Tucker, is that not perhaps what you yourself are trying to do --- by labelling white supremacy a "hoax" --- playing a trick on the less-informed members of your viewership?

(The balance of this column is based in part on three columns that I published some time ago, on BuzzFlash: 1) http://legacy.buzzflash.com/commentary/ongoing-supremacy-of-white-supremacy/10643-ongoing-supremacy-of-white-supremacy , 2) originally from BuzzFlash, August 25, 2009, updated and republished on OpEdNews, https://www.opednews.com/articles/The-South-Won-the-First-Ci-by-Steven-Jonas-African-americans_Civil-Rights_Civil-War_Civil-War-181130-661.html , and 3) http://www.truth-out.org/buzzflash/commentary/subconcious-role-of-the-doctrine-of-white-supremacy-in-the-killing-of-michael-brown .)

In North America The Doctrine of White Supremacy goes back to the 17thcentury with the establishment of the African slave trade and an economy built on the use of slave-labor. (Slavery was not confined to the South. The last Northern state to abolish slavery was New York, which did not do it until 1827.) Portuguese traders bringing slaves from Africa to Brazil in the 16thcentury may have established an earlier version of the Doctrine. In the British colonies, following the first sale of African slaves by Dutch slave-traders in Jamestown, Virginia in 1619, the Doctrine's invention was necessitated by the "whites'" desire to justify the actual physical ownership by one set of human beings of another set of human beings who seemed to be very much like them except for the color of their skin. (Of course, those folk around the world who are called "white" are hardly that color as measured by any color chart. So "whiteness" is another social construct, a discussion of which can be left to another time.) 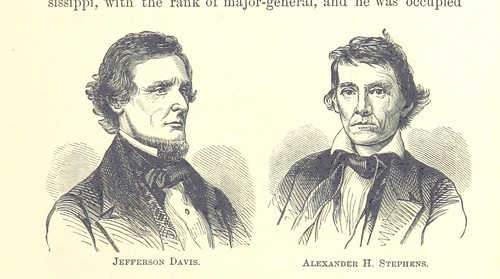 Alexander Stephens was Vice-President of the Confederate States of America (CSA), and following the death of John C. Calhoun in 1850, its principal theoretician. At the beginning of the First Civil War, Stephens said this about Southern slavery and its justification, because the (by then) African-American* slaves were "inferior":

"Many governments have been founded upon the principle of the subordination and serfdom of certain classes of the same race. Such were, and are in violation of the laws of nature [emphasis added]. Our system commits no such violation of nature's law. With us, all of the white race, however high or low, rich or poor, are equal in the eye of the law. Not so with the Negro. Subordination is his place. He, by nature, or by the curse against Cain, is fitted for that condition which he occupies in our system. Our new government is founded on the opposite idea of the equality of the races. Its foundations are laid, its cornerstone rests upon the great truth, that the Negro is not equal to the White man; that slavery --- subordination to the superior race --- is his natural condition."

Indeed, that says it all about the Doctrine of White Supremacy and what it is derived from. According to Stephens slavery as a general institution was immoral. But for "Negroes" it was permitted, because in his view, even though they looked and acted like "whites" in all the basics of life, they were, by his definition, which actually went back to the establishment of slavery in the English Colonies in the 17th century, inferior beings.

(Want a more current statement of the concept? Here's what Winston Churchill, surely one of Tucker's heroes, had to say, in 1937, in speaking to a British Royal Commission investigating the Palestinian Mandate: "I do not admit for instance, that a great wrong has been done to the Red Indians of America or the black people of Australia. I do not admit that a wrong has been done to these people by the fact that a stronger race, a higher-grade race, a more worldly-wise race to put it that way, has come in and taken their place." As the British historian Richard Toye , author of Churchill's Empire, said "Churchill did think that white people were superior.") 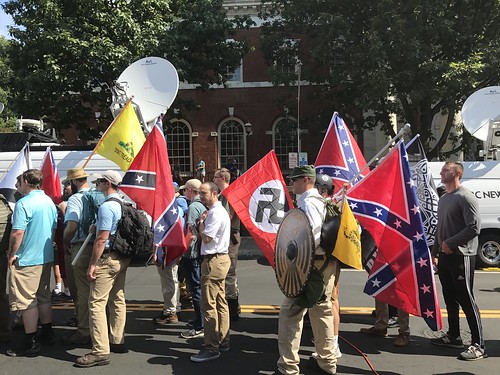 As I have in written in the columns cited above, the South had six principal war aims as it started the First Civil War, in support of secession:

1. The preservation of the institution of African and African-American (the latter grouping created of course by the slave owners and slave masters) slavery and its uninhibited expansion into the territories of the Great Plains, the Rocky Mountain region, and the Southwest.

Steven Jonas, MD, MPH, MS is a Professor Emeritus of Preventive Medicine at StonyBrookMedicine (NY) and author/co-author/editor/co-editor of over 35 books. In addition to his position on OpEdNews as a "Trusted Author," he is a Senior Editor, (more...)
Related Topic(s): Africans; Hoax; Racism; Slavery; South; Tucker Carlson; White Nationalism; White Privilege; White Supremacist; White Supremacy; (more...) Whiteness, Add Tags  (less...)
Add to My Group(s)
Go To Commenting
The views expressed herein are the sole responsibility of the author and do not necessarily reflect those of this website or its editors.