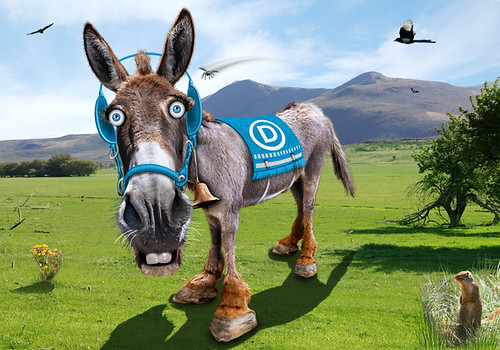 Finally, the Democratic Party has reached a crossroads. Will it continue in its most recent direction of serving the dictates of the neoliberal economic catechism and the whims of big money, or will it revert back to its New Deal roots and become a party of the ordinary, but often disenfranchised, citizen.

In the 2016 presidential primary, those choices became clear with the strength of the Bernie Sanders campaign. However, through the machinations of the DNC (Democratic National Committee) and Hillary Clinton the game was rigged to assure Hillary of the nomination. That left the progressive wing of the party without a viable candidate. The result was that the party floundered in the election, losing not only the presidency but also Congress and many of the state's legislatures and governors. Not only had Hillary lost but she also had provided no political coattails, thereby resuscitating a moribund Republican Party and installing Trump in the White House.

Even after that monumental loss the DNC insisted that their direction was still valid and always had been. Damn the realities of that election staring them in the face, they insisted on replaying the election ad nauseum, blaming whatever was handy" Bernie supporters, the electoral college, whistleblowers, the Russians"anything to avoid facing their failure of meeting the needs of the people, the ordinary citizens of the nation.

They continued to stubbornly resist what was a growing insistence of the progressive wing of the party. However, that insistence did not die and go away. It continues to grow because it represents the real will of the people who will be ignored no longer.

The next ploy of the old guard was to mimic the 2016 Republicans by running many candidates for the presidency, trying to avoid any real clarity about where the party stood. The underlying goal seemed to be two-fold. First everyone seemed agreed that "anyone but Trump" was the goal. The second part, left unstated, was "anyone but Bernie"; Bernie who would cut the last ties to big money and the neoliberal economic system and rejuvenate the party and the nation.

The hope was that if the public was given a spectrum of candidates they could be convinced to stay within the old structure and stay away from the fundamental reforms that Bernie Sanders was suggesting were necessary to move the nation back to a democracy. On one end of the spectrum was the conservative Biden, on the same trajectory as Clinton and Obama, who would allow the big money to retain power moving us further into income inequality, but with a smiley and more civil and congenial spokesperson at the helm. On the other end of the spectrum was Bernie Sanders. His message was the need for a system change to move from oligarchy back to democracy. The hope of the DNC would be that the democrats would choose some candidate in the middle who would espouse some progressive changes that Bernie spoke about but would be somehow more moderate and not really wanting to rock the boat too much, leaving the oligarchy pretty much intact.

As it seems to be turning out the DNC once again misjudged the people's desire for change and their unwillingness to fall for the, not very subtle ploy, of the DNC. By now the field seems to be winnowed down to the Biden conservative option versus the Bernie Sanders and Elizabeth Warren "back to democracy" option, offering the electorate a clear choice about the direction, definition and very future of the Democratic Party.

The Party will finally end its schizophrenia, by either ending up losing its real citizen base and simply becoming Republican Lite, losing any remaining relevancy, or by emerging as a clear option for an electorate of ordinary citizens and marking a return to a participatory and sustainable democratic governance.

My hope is that the ticket will be Bernie Sanders for President and Elizabeth Warren as Vice President. Bernie is the real heart and stability for the necessary change and Elizabeth Warren would have the opportunity to build on Bernie's leadership and be prepared to take the reins of a restored democracy.