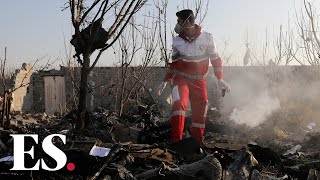 The high tensions caused by Washington between the US and Iran are to blame for the Ukrainian airliner that was shot down. "Human error at a time of crisis caused by US adventurism led to disaster."

Just as the Iranian commander misinterpreted the airliner's maneuver as a strike on a military base, an American or a Russian can conclude that a false warning of incoming ICBMs, of which the Cold War had many, is real. During the Cold War as each side was working to reduce tensions, there was no hair-trigger in place. Now that the US has caused high tensions with Russia as it has with Iran, false alarms are extremely dangerous. This is the message that Stephen Cohen, myself, and others have continually given. Hopefully, some good will come from the loss of 176 lives by sobering up the war-hawks in Washington who are forever issuing threats. The responsibility for raising tensions to such dangerous levels in both Iran and Russia is entirely Washington's. This reckless and irresponsible behavior must stop before the unnecessary tensions cause Armageddon.

Related Topic(s): Dangerous Presidents; Disaster; Iran; Threats, Add Tags
Add to My Group(s)
Go To Commenting
The views expressed herein are the sole responsibility of the author and do not necessarily reflect those of this website or its editors.