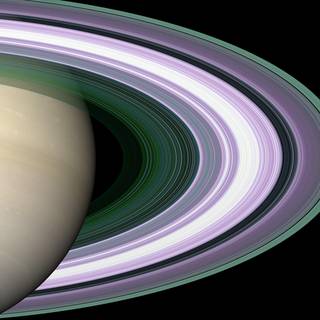 Capricorn's symbol is the Sea-Goat, a magical being that doesn't often fit with our modern understanding of Capricorn. We talk about Capricorn and it's ruling planet, Saturn, in terms of discipline, hard work, authority, responsibility; with the patriarchal structure of hierarchy and its fear-inducing dominator mindset. Saturn rules time and like Father Time, we often see him as a harsh taskmaster. And yet, there's much more to Capricorn and Saturn than we give them credit for.

Capricorn's energy starts at the Winter Solstice, the shortest day and longest night of the year in the northern hemisphere. It marks the death of the old year. But it also cradles the re-birth of the Light. So like Janus, the two-headed god of January, who looks backwards and forwards, Capricorn is a time to let go of the old and embrace the new.

Now about that Sea-Goat. The constellation Capricornus was represented as a hybrid of a goat and a fish about 6,000 years ago. It represented the ancient Sumerian god Enki, the god of water, intelligence, knowledge, crafts, magic, mischief and creation, who sent help to awaken the goddess Inanna from her death in Erishkegil's Underworld. He was the keeper of divine powers (the ME, the gifts of civilization), which he was later tricked into giving to Inanna.

So here we have two different energies combined in this mythical being. The fish tail symbolizes our watery depths, where we feel passion, open to our spirituality and connect to our soul. The goat symbolizes our intelligence, determination and ambition because goats are steady and can climb to the highest mountains -- step by step seeking higher ground. So we can see how this symbol shows us the power and depth of Capricorn: when we ground ourselves in our soul's purpose, we can fulfill our highest aspirations. To say it another way, it's when we truly believe that we are spiritual beings having a human experience that we prosper, not only for ourselves but for the world.

Another way we can approach Capricorn is to see that it is the sign of our dharma, when we live in accord with the cosmic laws of life, and our karma, the consequences of our choices and actions.

And as Shamanic astrologer Daniel Giamario sees it, Capricorn is the sign of the Council of Grandmothers. This beautiful image gives Capricorn another image of wisdom, the feminine wisdom of how to live in harmony with the Earth and each other.

With Saturn at home in Capricorn, it's time to get real. Saturn entered Capricorn on December 19th for the first time in 30 years (1988). The best way to work with Saturn here is to leave the past behind because we a re being given a new birth. With Saturn in Capricorn, we can begin to manifest the vision we've been working on while he was transiting through Sagittarius (2015-17) , the sign of belief, truth and cosmic laws. Saturn is about authority, and once we take back our own authority, we become the authors of our own story.

Saturn rules time, so take it slow. That's hard to do in our crazy, social media obsessed society. Turn off the computer and tune out for awhile. Saturn loves to hermitize. Take time to decide what you really want and b elieve in th at possibility. And then w ork on it every day.

Then these next few years can be a very fertile time if you hold to your vision and are willing to do the work. Both Saturn and Capricorn are master builders of form and structure. And now that Pluto has taken his wrecking ball to those Capricorn institutions of government and finance, there is room to grow a new society, a new civilization based on feminine principles of unity, peace and prosperity that have nothing to do with our present capitalistic economy.

Life should be at the center of our society with the economy, education, the Arts and Sciences as tools for a better life.

Saturn in Capricorn is all about slow and steady growth. We have to begin to live from the inside out, rather than just on the surface with lots of repressed energies bubbling away within us. It's time to face our fears (the negative energy of Saturn). This year is a good time to root out those fears while Jupiter transits through Scorpio. Looking your Shadows in the eye can transform them into new energy that you can use for creativity and growth.

Related Topic(s): Astrology; Capricorn; Goddess; IMAGINATION; New Moon; Planet Saturn; Pluto In Capricorn; Purpose; SOUL; Scorpio; (more...) Spiritual; Symbol; Time; Wisdom; Women, Add Tags  (less...)
Add to My Group(s)
Go To Commenting
The views expressed herein are the sole responsibility of the author and do not necessarily reflect those of this website or its editors.