The other day I was amused to read a critique of The Coronation in which the author was absolutely certain that I am a closet conspiracy theorist. He was so persuasive that I myself almost believed it.

What is a conspiracy theory anyway? Sometimes the term is deployed against anyone who questions authority, dissents from dominant paradigms, or thinks that hidden interests influence our leading institutions. As such, it is a way to quash dissent and bully those trying to stand up to abuses of power. One needn't abandon critical thinking to believe that powerful institutions sometimes collude, conspire, cover up, and are corrupt. If that is what is meant by a conspiracy theory, obviously some of those theories are true. Does anyone remember Enron? Iran-Contra? COINTELPRO? Vioxx? Iraqi weapons of mass destruction?

During the time of Covid-19, another level of conspiracy theory has risen to prominence that goes way beyond specific stories of collusion and corruption to posit conspiracy as a core explanatory principle for how the world works. Fuelled by the authoritarian response to the pandemic (justifiable or not, lockdown, quarantine, surveillance and tracking, censorship of misinformation, suspension of freedom of assembly and other civil liberties, and so on are indeed authoritarian), this arch-conspiracy theory holds that an evil, power-hungry cabal of insiders deliberately created the pandemic or is at least ruthlessly exploiting it to frighten the public into accepting a totalitarian world government under permanent medical martial law, a New World Order (NWO). Furthermore, this evil group, this illuminati, pulls the strings of all major governments, corporations, the United Nations, the WHO, the CDC, the media, the intelligence services, the banks, and the NGOs. In other words, they say, everything we are told is a lie, and the world is in the grip of evil.

So what do I think about that theory? I think it is a myth. And what is a myth? A myth is not the same thing as a fantasy or a delusion. Myths are vehicles of truth, and that truth needn't be literal. The classical Greek myths, for example, seem like mere amusements until one decodes them by associating each god with psychosocial forces. In this way, myths bring light to the shadows and reveal what has been repressed. They take a truth about the psyche or society and form it into a story. The truth of a myth does not depend on whether it is objectively verifiable. That is one reason why, in The Coronation, I said my purpose is neither to advocate nor to debunk the conspiracy narrative, but rather to look at what it illuminates. It is, after all, neither provable nor falsifiable.

What is true about the conspiracy myth? Underneath its literalism, it conveys important information that we ignore at great peril. 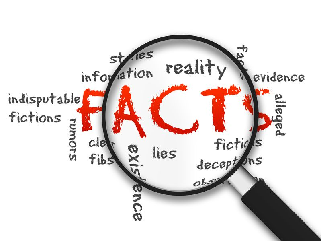 First, it demonstrates the shocking extent of public alienation from institutions of authority. For all the political battles of the post-WWII era, there was at least a broad consensus on basic facts and on where facts could be found. The key institutions of knowledge production -- science and journalism -- enjoyed broad public trust. If the New York Times and CBS Evening News said that North Vietnam attacked the United States in the Gulf of Tonkin, most people believed it. If science said nuclear power and DDT were safe, most people believed that too. To some extent, that trust was well earned. Journalists sometimes defied the interests of the powerful, as with Seymour Hersh's expose of the My Lai massacre, or Woodward & Bernstein's reporting on Watergate. Science, in the vanguard of civilization's onward march, had a reputation for the objective pursuit of knowledge in defiance of traditional religious authorities, as well as a reputation for lofty disdain for political and financial motives.

Today, the broad consensus trust in science and journalism is in tatters. I know several highly educated people who believe the earth is flat. By dismissing flat-earthers and the tens of millions of adherents to less extreme alternative narratives (historical, medical, political, and scientific) as ignorant, we are mistaking symptom for cause. Their loss of trust is a clear symptom of a loss of trustworthi ness. Our institutions of knowledge production have betrayed public trust repeatedly, as have our political institutions. Now, many people won't believe them even when they tell the truth. This must be frustrating to the scrupulous doctor, scientist, or public official. To them, the problem looks like a public gone mad, a rising tide of anti-scientific irrationality that is endangering public health. The solution, from that perspective, would be to combat ignorance. It is almost as if ignorance is a virus (in fact, I have heard that phrase before) that must be controlled through the same kind of quarantine (for example, censorship) that we apply to the coronavirus.

Ironically, another kind of ignorance pervades both these efforts: the ignorance of the terrain. What is the diseased tissue upon which the virus of ignorance gains purchase? The loss of trust in science, journalism, and government reflects their long corruption: their arrogance and elitism, their alliance with corporate interests, and their institutionalized suppression of dissent. The conspiracy myth embodies the realization of a profound disconnect between the public postures of our leaders and their true motivations and plans. It bespeaks a political culture that is opaque to the ordinary citizen, a world of secrecy, image, PR, spin, optics, talking points, perception management, narrative management, and information warfare. No wonder people suspect that there is another reality operating behind the curtains.

Second, the conspiracy myth gives narrative form to an authentic intuition that an inhuman power governs the world. What could that power be? The conspiracy myth locates that power in a group of malevolent human beings (who take commands, in some versions, from extraterrestrial or demonic entities). Therein lies a certain psychological comfort, because now there is someone to blame in a familiar us-versus-them narrative and victim-perpetrator-rescuer psychology. Alternatively, we could locate the "inhuman power" in systems or ideologies, not a group of conspirators. That is less psychologically rewarding, because we can no longer easily identify as good fighting evil; after all, we ourselves participate in these systems, which pervade our entire society. Systems like the debt-based money system, patriarchy, white supremacy, or capitalism cannot be removed by fighting their administrators. They create roles for evildoers to fill, but the evildoers are functionaries; puppets, not puppet masters. The basic intuition of conspiracy theories then is true: that those we think hold power are but puppets of the real power in the world.

A couple weeks ago I was on a call with a person who had a high position in the Obama administration and who still runs in elite circles. He said, "There is no one driving the bus." I was a little disappointed actually, because there is indeed part of me that wishes the problem were a bunch of dastardly conspirators. Why? Because then our world's problems would be quite easy to solve, at least in principle. Just expose and eliminate those bad guys. That is the prevailing Hollywood formula for righting the world's wrongs: a heroic champion confronts and defeats the bad guy, and everyone lives happily ever after. Hmm, that is the same basic formula as blaming ill health on germs and killing them with the arsenal of medicine, so that we can live safe healthy lives ever after, or killing the terrorists and walling out the immigrants and locking up the criminals, all again so that we can live safe healthy lives ever after. Stamped from the same template, conspiracy theories tap into an unconscious orthodoxy. They emanate from the same mythic pantheon as the social ills they protest. We might call that pantheon Separation, and one of its chief motifs is the war against the Other.

That is not to say there is no such thing as a germ -- or a conspiracy. Watergate, COINTELPRO, Iran-Contra, Merck's drug Vioxx, Ford's exploding Pinto coverup, Lockheed-Martin's bribery campaign, Bayer's knowing sale of HIV-contaminated blood, and the Enron scandal demonstrate that conspiracies involving powerful elites do happen. None of the above are myths though: a myth is something that explains the world; it is, mysteriously, bigger than itself. Thus, the Kennedy assassination conspiracy theory (which I will confess, doubtless at cost to my credibility, to accepting as literally true) is a portal to the mythic realm.

The conspiracy myth I'm addressing here, though, is much larger than any of these specific examples: It is that the world as we know it is the result of a conspiracy, with the Illuminati or controllers as its evil gods. For believers, it becomes a totalizing discourse that casts every event into its terms.

It is a myth with an illustrious pedigree, going back at least to the time of the first century Gnostics. Gnostics believe that an evil demiurge created the material world out of a preexisting divine essence. Creating the world in the image of his own distortion, he imagines himself to be its true god and ruler.

One needn't believe in this literally, nor believe literally in a world-controlling evil cabal, to derive insight from this myth -- insight into the arrogance of the powerful, for example, or into the nature of the distortion that colors the world of our experience.

Charles Eisenstein is a visionary author, speaker and workshop leader.  His books include Sacred Economics, The Ascent of Humanity, and The Yoga of Eating.
Related Topic(s): Conspiracy Theories; Corporate Media; Media; Media Distortion; Media Radio; Media-News, Add Tags
Add to My Group(s)
Go To Commenting
The views expressed herein are the sole responsibility of the author and do not necessarily reflect those of this website or its editors.

The Space Between Stories