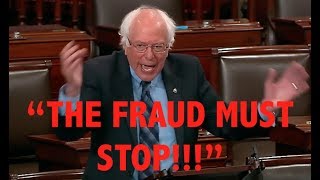 The annual budget of the military/security complex is $1,000 billion. This vast sum is drawn from US taxpayers who have many unmet needs. To justify such an enormous budget a major enemy is required. The military/security complex and the media and politicians that the complex owns have designated Russia to be that enemy. The complex and its political and media agents will not permit Trump to normalize relations with Russia.

The military/security complex, acting through the politicians and presstitutes that it owns and controls has turned the normal everyday responsibility of the President -- one acknowledged and acted upon by every previous president -- to defuse tensions that could lead to nuclear war into a high crime. President Trump is accused of treason for trying to make peace!

An unaware person might think that this is silly and laugh, but as Finian Cunningham shows, President Trump has been set-up as a treasonous enemy of America. We are currently experiencing sedition at the highest levels as the military/security complex unfolds its coup against the elected president of the United States.

Who can Trump rely on? Not on his own political party. Not on his own government. Not on the print and TV media or NPR. Not on Europe. Not on the Secret Service. Not on the Pentagon. Not on the unaware American people. Trump has only the "deplorables," and they are unorganized and will experience retribution once Trump is removed.

Related Topic(s): Military Industrial Complex; President Vs Pentagon; Putin; Russiagate; Sedition, Add Tags
Add to My Group(s)
Go To Commenting
The views expressed herein are the sole responsibility of the author and do not necessarily reflect those of this website or its editors.