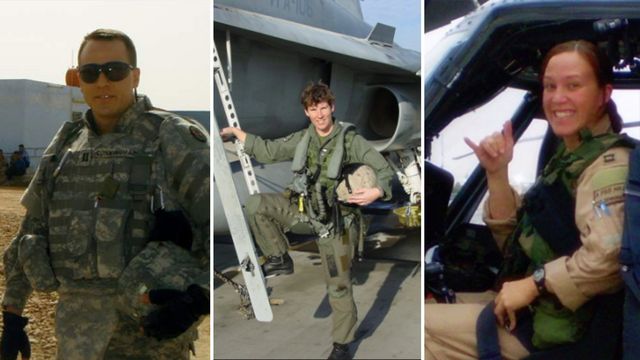 In the course of the 2018 elections, a large group of former military-intelligence operatives entered capitalist politics as candidates seeking the Democratic Party nomination in 50 congressional seats -- nearly half the seats where the Democrats were targeting Republican incumbents or open seats created by Republican retirements.

Some 30 of these candidates won primary contests and became the Democratic candidates in the November 2018 election, and 11 of them won the general election, more than one-quarter of the 40 previously Republican-held seats captured by the Democrats as they took control of the House of Representatives.

In 2020, the intervention of the CIA Democrats continues on what is arguably an equally significant scale: besides the reelection campaigns of the 11 representatives who won seats in the House in 2018, half a dozen of those who lost 2018 races are running again in 2020. Some of these are running for House seats again, while others have been promoted by the Democratic Party leadership and are running for the US Senate. And an entire new crop of military-intelligence operatives is being brought forward, some running for Republican seats targeted by the Democratic leadership as possible takeovers, others in seats not currently considered competitive. In the course of the 2018 elections, a large group of former military-intelligence operatives entered capitalist politics as candidates seeking the Democratic Party nomination in 50 congressional seats -- nearly half the seats where the Democrats were targeting Republican incumbents or open seats created by Republican retirements.

The bottom line: at least 34 Democratic candidates for the House of Representatives have a primarily military-intelligence background, up from 30 in 2018, as well as three of the party's 35 candidates for the US Senate, compared to zero in 2018. For each branch of Congress, this represents about 10 percent of the total.

As we explained in 2018, the extraordinary influx of candidates coming directly from the national-security apparatus into the Democratic Party is a two-sided process: the Democratic Party establishment welcomes such candidates as a demonstration of the party's unshakeable devotion to the interests of American imperialism; and military-intelligence operatives are choosing the Democratic Party over the Republican Party in large numbers because they are attracted by the Democrats' non-stop campaign against the Trump administration as too "soft" on Russia and too willing to pull out of the Middle East war zone.

CIA Democrats for US Senate

Three Democrats seeking US Senate seats in November have a primarily military-intelligence background, including two who ran unsuccessfully for House seats in 2018. In each case, the CIA Democrat won a contested primary, with the support of Senate Minority Leader Charles Schumer and the Democratic Senatorial Campaign Committee (DSCC), defeating a more liberal candidate.

Cal Cunningham was the choice of the Democratic Party establishment to be the party's candidate for US Senate from North Carolina, challenging first-term incumbent Thad Tillis. He defeated Erica Smith, an African-American state senator who ran on a more liberal platform, supporting Medicare for All and the Green New Deal.

While Cunningham served one term in the North Carolina state senate, beginning in 2001, his principal role has been as an attorney, both in private practice and in the military. He enrolled in the Army Reserve after the 9/11 attacks, joining the Judge Advocate General (JAG) corps, and was sent to both Iraq and Afghanistan to handle criminal cases involving members of the US military and military contractors in the two war zones.

According to his campaign biography, "Cal has served with various units from Fort Bragg, including XVIII Airborne Corps and First Special Forces Command (Airborne). In recent years, Cal has trained special operations forces at the U.S. Army John F. Kennedy Special Warfare Center and School. Cal continues to serve in the rank of Lieutenant Colonel with an Army Reserve unit that trains one weekend a month."

Cunningham is relying heavily on his association with the military in a state which hosts the fourth largest number of military personnel, including such bases as Fort Bragg (Army) and Camp Lejeune (Marines). His campaign website declares, "At Fort Bragg and abroad, the paratroopers, Reservists and special operators Cal served with in the Army taught Cal a deeper form of patriotism and honor."

McGrath was perhaps the most heavily publicized of the military-intelligence candidates in 2018, when she narrowly lost a race against Republican Congressman Andy Barr in Kentucky's 6th Congressional District, centered on Lexington. She has been able to raise phenomenal amounts of money, partly because of her high-profile military career -- she retired as a lieutenant colonel as a Marine Corps fighter pilot -- and partly because her opponent, McConnell, is so widely hated.

Despite her war chest of more than $40 million, however, McGrath is a decided underdog against McConnell, who himself has a huge campaign fundraising machine and is finishing his sixth six-year term in the Senate.

MJ Hegar was an Air Force helicopter pilot who spent three tours of duty in Afghanistan on search and rescue operations, in the course of which she was shot down once by Taliban fire, wounded, and received a Purple Heart. She came to prominence through a lawsuit against the Pentagon policy of barring women from combat. She narrowly lost a 2018 race against Republican Congressman John Carter in a district outside Austin, Texas, in the course of which her five-minute campaign video, promoting her military record in a noxious combination of militarism and feminism, became a viral sensation and raised millions in donations over the internet.

Patrick Martin writes for the World Socialist Website (wsws.org), a forum for socialist ideas & analysis & published by the International Committee of the Fourth International (ICFI).
Related Topic(s): 2020 Elections; Congress; Democrats; Women, Add Tags
Add to My Group(s)
Go To Commenting
The views expressed herein are the sole responsibility of the author and do not necessarily reflect those of this website or its editors.