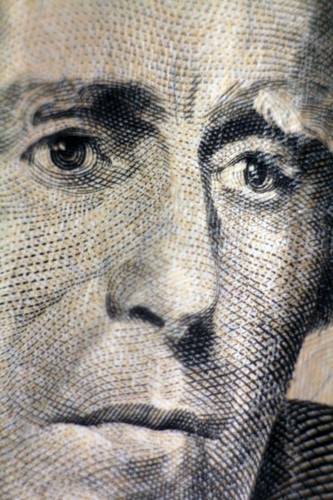 Congress has never understood if it owes its duty to the executive branch or to the public in matters of security and modern day preemptive wars. It has sadly nearly always accepted the reasonings of the executive. This occurs because the executive branch has dominance over most of the information and is able to generate lies and misstatements with impunity, as most recently with the Iraq War.

The glaring example of this was when President George W. Bush usurped the authority of Congress to declare and enact war in Iraq and in the process broke international laws and obligations to which the United States was a signatory. Impeachment should have been the proper remedy to deal with such a brazen violation of domestic and international laws and treaties that brought about great harm and injustice to American citizens.

Our Impeachment proceedings stand immune to a National Security State that organizes covert operations throughout the world that violate the sovereignty of other nations. There has been a long history of actions taken in the past that have included assassination, extortion, like Trump's holding back on money for the Ukraine, a conspiracy lasting many months, unless they could help politically smear Joe Biden, the use of drugs, bribery, currency manipulation and cyber crime. The president by his role in the tyranny of power in the imperial order becomes part of an unconstitutional order and becomes an unconstitutional personage.

There has never been a more corrupt administration than that of Trump, a documented serial rapist, who lost the elections popular vote by more than 3 million votes, who has violated the emoluments laws, committed political bribery, violated campaign funding laws and has acted out brazen cases of obstruction of justice. Events like Watergate showed how much of our public life it corrupted, but Trumpgate corruption is by far the worst. Watergate was the invasion of domestic politics by a clinically paranoid president using the techniques of the Cold War, just as McCarthyism in the 1950's was the extension to foreign policy of the primitive slothfulness of much of American politics. Trumpgate is the application of hate, bigotry, ignorance and perpetual lies and disinformation by a clinically insane and narcissistic man child at the behest of a country chasing phantom terrorists that it has created, while facing the end of its corrupt empire.

Whether the war on "terror" and the endless heresy hunt can be stopped depends upon the reflective and critical study of our countries horrifying murderous actions of the past century. Trump is an example of what a country can vomit up from a failed democracy, a democracy failed, because our freedom has been mortgaged in the amount of one trillion dollars per year via an amoral and never audited Pentagon and CIA budget to bear the cancerous costs of a decaying empire. Our so called democracy has been corrupted by nearly 40 years of the fraud of neo-liberal economics and a Republican party shamelessly controlled by corporate lobbyists.

The failure by the Senate to impeach Andrew Johnson, an alcoholic slave owner who favored the Southern plantation owners after the civil war, in getting and keeping property over the needs of freed slaves whom Johnson claimed should never be citizens, in 1867 by one vote in the Senate, shaped race relations for more than a hundred years. Johnson's illegal unconstitutional actions to purge his administration of Lincoln loyalists who believed in the civil rights of slaves, had the long term policy effect of consigning blacks to the conditions of legal servitude. The failure to impeach Johnson meant that the attempt to bring about through the constitutional process, a means of reconstitution of the union through constitutional measures, expanding democracy and articulating the purpose of the Civil War as an anti-slavery war lost all operational legitimacy. The post-Civil War reconstruction would again be dominated by slaveholders. The failure to impeach Johnson, a bigoted, hateful, abuser of human rights just like Trump, resulted in massive misery for millions of Americans.

The tragic failure to impeach Andrew Johnson, led to the enlargement of the powers of the executive branch, and the baleful effects of the power of Congress soon led to the buildup of American imperialism abroad, because it was taken for granted that the white dominated version of manifest destiny could cross oceans and conquer and put down other countries, just like they had put down American slavery.

There were some who claimed that the United States should not invade the Philippines, or invade Nicaragua, Guatemala, or Haiti, that soon took place, but because these were small countries that were not considered to be "white," there was minor opposition to this form of blatant white supremacist imperialism, which had no constitutional foundation.

Thirty years earlier from 1833 to 1838 President Andrew Jackson, another southern slave holder, alcoholic, serial rapist, racist white supremacist, defied the Supreme Court and turned over Indian lands in Georgia to slave holders, killing more than 15 thousand indigenous Indians and forcing more than 43 thousand Indians to leave their homes and move west to Oklahoma, in the trail of tears.

Not surprisingly, Trump stopped the effort to replace Jackson on the 20 dollar bill with abolitionist Harriet Tubman. A portrait of the racist white supremacist Andrew Jackson currently hangs on the wall in Trump's White House office.

The highest form of treaty ever adopted by the U. S. Senate with only one no vote was the UN Charter. It became the law of the land at the end of World War II. The Charter stated in specific terms when a country could go to war, and under what conditions. Under the Charter and the American Constitution, wars had no constitutional authority.

As one of our founding fathers, James Wilson of Pennsylvania presciently pointed out, the impeachment clause was to apply to political crimes enacted by a president, and therefore is a political punishment. The irony here is very clear.

Trump and all past presidents since 1947 and the creation of the National Security State have involved the United States in coups and direct wars that fall directly into the constitutional definition of the abuse of public power.

The cases of "forbearance and restraint" have reached an uncontrollable conscionable level of congressional irresponsibility when not bringing about impeachment charges on fundamental issues that cannot be solved through elections but go directly to the essence of the Constitutions specific intention. Initiating wars are not the prerogative of the executive branch. This is the context in which the impeachment clause is the highest instrument to ensure the legal behavior of a president.

Related Topic(s): Coup; Democracy; Democracy; Failure; Farewell; IMPEACHMENT OFF THE TABLE PELOSI; Impeach; Impeachment; Impeachment Hearing; Laws; (more...) MORE AND BIGGER IRAQ PRISONS MEAN LONGER OCCUPATIO; Power; President; Speech; Than Shwe; Than Shwe; Trump; Wars, Add Tags  (less...)
Add to My Group(s)
Go To Commenting
The views expressed herein are the sole responsibility of the author and do not necessarily reflect those of this website or its editors.