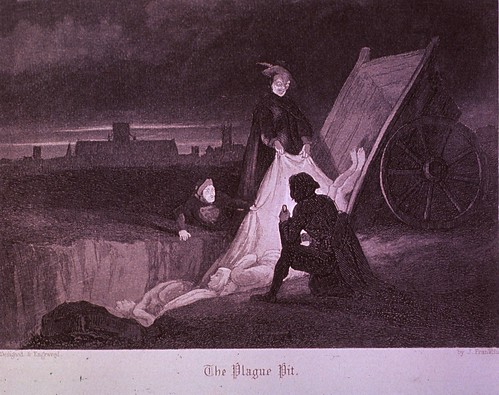 Yet with a Gandhian faith in the power of truth mankind continued to hope.

"Every slightest effort at opening up new areas of thought, every attempt to perceive new aspects of truth, or just a little truth, is of inestimable value in preparing the way for the light we cannot see."--- Thomas Merton.

From the onset of the Covid crisis in January 2020, far reaching decisions taken on by the WHO and national governments have been justified by citing "estimates" of the Covid 19 disease, as well as "statistics" pointing to a Worldwide spread of a new deadly coronavirus originating in Wuhan, China.

Scientific analysis confirms that these estimates of "confirmed cases" made by the WHO and CDC are flawed. The tests do not detect or identify the virus. The figures are manipulated to justify political decisions. Official studies confirming the identity of the SARS-CoV-2 virus have not been released.

Corruption is rampant at the highest levels of government in addition to the highest echelons of the United Nations. The entire state government system in addition to inter-government agencies are controlled by powerful financial and corporate interests, imposing imperial fascism, and a racist new world order upon mankind.

The World Health Organization, WHO, is a "wholly owned subsidiary" of Big Pharma. An elite cabal of pharmaceutical companies control all aspects of vaccine and health policy throughout the world. In the swine flu or H1N1 outbreak the WHO actually changed the definition of what constituted a "global Pandemic Emergency Phase 6" just weeks before the fraudulent swine flu scare was broadcast by the corporate media. New WHO pandemic guidelines were made public on April 20, 2009, conveniently, just in time to affect the May-June 2009 world pandemic scare. The new April 2009 WHO pandemic response guidelines critically redefined what constituted a "pandemic." It was no longer necessary that a disease cause "enormous numbers of deaths and illness."

The WHO announced its pandemic declaration, the first in 40 years, just as 74 countries had reported a total of 144 deaths from the novel H1N1 flu infection, hardly alarming, even if all the deaths were directly caused by something called H1N1 virus, which was highly unlikely.

The new, deceptive definition made it easy for the WHO to declare the "Phase 6 Pandemic" for what was to be the mildest of an ordinary flu outbreak.

The entire hoax was covertly orchestrated by the corrupt WHO and their Scientific Advisory Committee of Experts, or SAGE.

The new "soft" definition of pandemic remains WHO policy today, and the Chinese government and Chinese health authorities are well aware of the many political manipulations done by the corrupt US and their profligate corporate drug companies and the WHO.

Following the collapse of the USSR in the 1990's via the blackmail and extortion facilitated by 240 billion in 10 year treasury bonds that came due on 9/11 of 2001, and with the accession of China to the World Trade Organization (WTO), in December 2001, it was in the US security "interest" to immerse China with investments aimed at making China a world export leader. The exports were to be US and European products, from cars to iPhones, that would be manufactured in China at extremely low wages. The profits flowed to US corporations and not to China.

Until 2005, the policy of rapid economic growth in China was viewed as no threat to US national "interest" so long as the growth was based largely on US "free market" principles. However, as China grew, the country's appetite for imports of oil, iron ore, copper and other commodities prompted China's leaders to engage in bold and effective foreign economic diplomacy. Their egalitarian initiatives took place around the world, from Africa to the Middle East. China was moving from a source of cheap labor for American oligarchs, to a potential threat to US hegemony, especially in Asia, Africa and the oil-rich Middle East.

The main idea driving both the agricultural business and the pharmaceutical business was the re-introduction of "vertical integration." Few Americans are aware of the intense and bitter battles in the 1970's that had been fought to get Congress to outlaw vertical integration by huge conglomerates or trusts such as Standard Oil, in order to prevent them from monopolizing entire sectors of vital industries. It wasn't until David Rockefeller backed the Presidency of Jimmy Carter in the late 1970,s that the US multinational business oligarchs were able to start the rollback of decades of democratically designed US Government regulations of health, food safety and consumer protection laws, and begin a new era of monopolistic vertical integration. The vertical integration machinations were cravenly pitched to the unaware public as creating "economic efficiency" and "economy of scale."

In March of 2010, secret documents were leaked on the internet exposing an extraordinary new iteration of the United State's preemptive trade war, directly against the Peoples' Republic of China. It was the Anti-Counterfeiting Trade Agreement, or ACTA. ACTA was a multinational treaty allegedly for the purpose of establishing international standards for intellectual property rights enforcement. ACTA, was an attempted coup d'etat. It was a craven strategy to avoid established international arbitration organizations and create a false pretext for seizing Chinese or any other developing country's products, even without verifiable proof of counterfeiting, by a mere claim of "probable cause" to suspect.

The fact that the Obama administration invoked US government secrecy under the pretext of "national security" suggests that ACTA and the US corporate oligarchs like pharmaceutical giants, Eli Lilly, Abbott Labs, Merck & Co. and Johnson & Johnson, interest behind it were devising it as a weapon of economic and biological warfare.

Related Topic(s): Corona Virus Coronavirus Covid-19; Corporate; Covid-19 Scam; Economic; Faith; Government; Health; Pandemic; Power; Truth, Add Tags
Add to My Group(s)
Go To Commenting
The views expressed herein are the sole responsibility of the author and do not necessarily reflect those of this website or its editors.