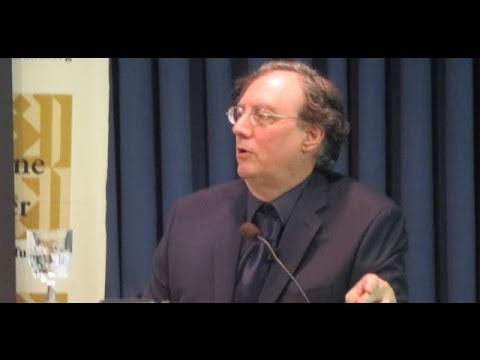 Peter Beinart, a professor of journalism at the City University of New York, has caused a stir in the past week with articles and interviews in which he says he has given up on the project of a Jewish state in Israel. He still likes the idea of a Jewish "homeland." What clearly drives his position is the collapse of the two-state solution around the year 2000. By now it is clear that there cannot be a Palestinian state, what with 650,000 Israeli settlers in the Palestinian West Bank (if you count the parts of it that Israel annexed and made part of its district of Jerusalem). Not only that, but the rise of an Israeli illiberalism inside Israel proper that is determined to make the over 20% of the population that is not Jewish permanent second-class citizens underlines for him that Jewish power as now configured as a zero-sum game. Jews have rights, citizenship, and sovereignty inside Israel; non-Jews have no sovereignty even though they are Israeli citizens, and their rights are fewer.

Beinart points out that a widespread sentiment exists in Israel for simply expelling the Palestinians. He doesn't put it this way explicitly, but mass expulsions of other ethnicities in search of purity has a very smelly history, and there is a danger of Israel and Zionism going down that road.

Beinart's brave articles have provoked a storm of controversy among liberal Zionists who still cling, irrationally, to the hope for a two-state solution, and who are remarkably patient with the conditions under which Palestinians are forced to live in the meantime.

But as I read Beinart, his position isn't really about the Jewish state in and of itself. It is about the lack of a state for Palestinians. That is, if a Jewish state forever forestalls basic human rights for Palestinians, then it cannot possibly be a good thing. He cites Asher Ginzberg, Ahad ha'Amm, who rejected political Zionism in favor of what he saw as a spiritual Zionism and who was a severe critic of Theodore Herzl.

Although Peter and I no doubt would disagree on many things, I'd like to support his central insight by reprinting below some excerpts from my Hisham B. Sharabi Memorial Lecture for the Jerusalem Fund, in which I argue that the central problem in Israel-Palestine is Palestinian statelessness, and that it is an intractable problem that cannot be resolved except by some form of one-state solution.

There are many models for a binational state. Belgium is one. Political scientists think that states dominated by a single ethnicity are more stable. But they have a weird idea of stability. Was Milosevic's Serbia stable? Is today's Poland stable? Belgium is paradise compared to either one.

I want to make an argument about the character of the Palestine issue. I'm not going to argue that it's a unique problem but I am going to argue that it's almost unique in contemporary affairs, and that there are some aspects of it that explain why it is so seemingly intractable. I'm going to start with an increasingly important field of study, citizenship studies. There are journals now devoted to it; it's become a big thing in academia. My colleague at the University of Michigan, Margaret Somers, wrote an important book on citizenship not so long ago. And as she points out, Chief Justice Earl Warren of the U.S. Supreme Court in 1958 wrote: "Citizenship is man's basic right, for it is nothing less than the right to have rights. Remove this priceless possession and there remains a stateless person disgraced and degraded in the eyes of his countrymen." So Warren is drawing here implicitly on the work of Hannah Arendt but this is the key point that I want to make today. Citizenship is the right to have rights. People who lack citizenship in a state ipso facto have no right to have rights ."

If we came to the Palestinians, their situation of citizenship is obviously deformed. There's no state. They're lacking an entire section of the column. And then their market is not very robust and of course in Gaza there is no market to speak of, the Israelis have Gaza under siege. There's no airport, there's no harbor, and the Israelis don't permit the Palestinians in Gaza to export most of what they make, some strawberries, off of which the Israelis take a cut. But mostly the export market doesn't exist in Gaza. So the market and the separation wall and the politics of the neighboring states are such that the Palestinians don't have a strong relationship to the market, they don't have a state at all, there are a lot of NGOS, and so for the Palestinians, the NGO sector is the one place where there's a little glimmer maybe of some citizenship. But that's weird. And that's unexampled in the world. There's no other group of people that look like that. In the world, right now"

Let me stop at this juncture and consider some possible twists or objections on this theory of citizenship that many people have said to me, well there are lots of people in the world who don't have proper rights - so for instance undocumented immigrants. Well, undocumented immigrants don't have rights of citizenship in the country where they are because they're undocumented, haven't gotten there legally. But they still do have citizenship. And the United States deports 400,000 of them a year back to their countries of origin, where they are citizens. When Palestinians are deported from the West Bank by the Israelis, where are they deported to? Gaza or Jordan, Cyprus? Not to their country. They're not really being deported in the technical sense of going back to your country of origin, right? They're being expelled to other places. They're still stateless. So the situation of the Palestinians is not like that of undocumented workers because they're stateless, and undocumented workers mostly are not stateless but they just don't have citizenship in the place where they're working.

Then people say, well what about the Basques and the Kurds and the Catalans? They have the citizenship they have. Well I agree that that's a little bit unfortunate not to have the citizenship that you want, but it's different from not having any at all. So the Turkish Kurds may suffer some disabilities from being Kurdish in Turkey but they still are Turkish citizens. They vote. In fact, they're influential in the elections and they have the ability to work and so forth. So that's different, an aspiration for separatism is a different situation than statelessness. It's not the same thing"

The problem of stateless-ness in the early twentieth century was severe. Nations as a matter of course used statelessness as a ruthless political tool. And so when the White Russians lost the Rebellion against the new Soviet regime, the Soviets took away their citizenship in the millions. The Armenians were deprived of citizenship. The Hungarians were deprived of citizenship. The Spaniards on the Left who fought Franco, when they lost, they often were denaturalized. They were half a million Spanish without citizenship, I think Picasso was one of them and the French gave him citizenship. So of course it was a policy of the Nazis when they came to power to start depriving people of citizenship. We tend to forget this now that millions of Europeans in the 1930s were deprived of their citizenship, they were denaturalized, they were left without the right to have rights.

Hannah Arendt points out that with regard to the Nazis this policy of denaturalizing people, or leaving them without citizenship rights, was a demonstration project. That is to say the Nazis began by thinking that Gypsies and Jews and other groups are flotsam and the scum of the earth and a kind of infection in the body politic, and by taking away their citizenship, they demonstrated that they're scum. So Goebbels said that depriving the Jews of citizenship made the Jews the scum of the earth and he said, you know, let's see -- everybody's criticizing us how we treat our Jews, but will they take them? Does America want them? Does Britain want them? And of course they didn't once they were stateless. So by marking them as non-German as taking away German Jews' citizenship, the Nazis were then demonstrating the worthlessness of their Jews...

Related Topic(s): Citizenship; Israel; Jews; Juan Cole; Palestinian State; Sovereignty; Two-state Solution, Add Tags
Add to My Group(s)
Go To Commenting
The views expressed herein are the sole responsibility of the author and do not necessarily reflect those of this website or its editors.