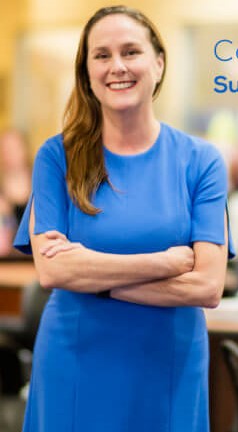 Caprice Young
(Image by Learn4Life)   Details   DMCA
tps://witnessla.com/q-a-with-departing-charter-school-maven-caprice-young/">I was the president of the LA Unified school district and I had more power than anyone in all of public education in Los Angeles."
- Caprice Young

The charter industry long ago figured out that the best way to keep their schools from the prying eyes of proper oversight was to control the entity charged with being their watchdog. Eli Broad and his fellow privatizers have, therefore, spent millions of dollars to elect school-board members whose allegiance has not been to the vast majority of students who attend Los Angeles' public schools, but to the charter operators whose privately run schools are funded by the public. The rogue's gallery of board members in Broad's pocket includes former and current board members who made it easier for failing charter schools to expand while pursuing policies that harmed LAUSD students.

Among the earliest of the Manchurian Candidates put forth by the charter-school industry was Caprice Young. Elected to the board in 1999, Young quickly paid dividends to her benefactor by voting against an expert's recommendation to pay $15 million to a subordinate group of bondholders during the district's purchase of 333 South Beaudry Street. A company affiliated with Broad was one of the bondholders who received these funds.

The Beaudry building was a white elephant that required repairs and renovations that cost more than the original purchase price. Young was the president of the board who was supposed to be overseeing how the public's money was being spent, but when the press caught wind of the fact that $100,000 was spent so that each board member and the Superintendent could have a private bathroom, she denied any responsibility. Instead, she claimed that she did not micromanage planning for the new headquarters. Apparently, she also did not pay much attention to the architects' reports before voting to approve the purchase as 19 floors had to be reinforced because they would not "support all district files and office equipment."

The reverberations of this fiscal mismanagement are felt by today's students. For every dollar spent servicing the debt taken on to fund this boondoggle, a dollar is unavailable for funding of education. Furthermore, the district is left with the choice of keeping a building that represents everything that is wrong with the district or selling it at a loss. The resulting image of a failing public-school system is one that Young has used to her advantage.

After Los Angeles voters rejected her bid for reelection, Young helped found the California Charter School Association (CCSA). Funded with a combination of public funds that charter schools receive and $100 million in contributions from billionaires bent on disrupting the public schools their children will never attend, Young's organization has used the court system to expand Proposition 39 beyond what was presented to the voters. Through their efforts, computer labs, special-education facilities, and parent centers are counted as "unused space". Rather than helping to facilitate funding to schools to counter the societal effects of economic deprivation, she targeted these neighborhoods for invasion, draining away the more motivated parents and those without severe special-education needs, leaving public schools in worse financial condition. She also vowed to oppose a "school bond election unless district leaders cut charters a better deal".

Through Young's efforts, charter schools experienced exponential growth. Today, more students attend these private schools in Los Angles than in any other school district in the country. While Young stated her efforts were on behalf of the children, it is clear that she was "battling the district [on] behalf of the So Cal Charter movement". Any doubt that the success of students is a secondary priority for Young is put aside by her career choices after leaving the CCSA.

In a move that further undermined LAUSD schools, Young worked with the Acton-Agua Dulce Unified School District to develop a plan that "authorized charters to open in other school systems as a way to raise revenue". This scheme, which was found by the courts to violate state law, allowed the district to collect fees for oversight while other districts lost state funding based on student attendance. Acton-Agua Dulce had no accountability in how they provided this oversight since the affected families were not eligible to participate in the school board elections for these districts.

Young then joined the Magnolia schools that are part of the chain of Gulen schools whose deficiencies were detailed in the movie Killing Ed. When an audit conducted by the LAUSD "found fiscal mismanagement, including lack of disclosure of debts, weak fiscal controls over the principals' use of debit cards and questionable payments for immigration fees and services", Magnolia's continued operation within the district was threatened. To save themselves, they either needed to clean up their operations or hire a lobbyist with ties inside the system who could divert attention. They chose the latter and Caprice Young became their Chief Executive.

In her initial public-relations swing, Young countered the finding that the foundation that ran the schools "met the federal definition of insolvency" with an argument that they were "not in financial trouble, but [suffered] from weak management and a lack of transparency". Instead of holding this management accountable, they should be given a chance to correct their problems. After all, "these schools [were] doing a really great job for kids".

The one glaring problem with Young's argument was that one of the Magnolia schools had been ranked by the CCSA as a one out of ten, which in no way can be considered to be "strong". Another two were at best average with ranks of four and six. The LAUSD Charter School Division found that these three schools lacked "Sound Educational Practice" and voted to deny their request for a renewal. Taking advantage of the political influence the charter industry enjoys with the County Office of Education, she appealed this denial. While the county staff also found that the school's educational program had "not demonstrated positive results", the unelected officials on Alex Johnson's county board still overrode the LAUSD and allowed the schools to continue operating.

Currently, Young works for the Learn4Life chain of charter schools. Like Magnolia, this chain is under intense pressure having had the courts close numerous locations for operating storefront charter-school sites outside the district in which they were authorized. The administration has also been accused of violating conflict-of-interest laws.

Young may have been among the first to build her career on the backs of public-school students who pay the price for her privatization efforts, but others hope that she will not be the last. In November's runoff election both Tanya Franklin and Marilyn Koziatek are running for spots on the LAUSD School Board with the support of the charter-school industry. Should either of them win they will join Monica Garcia, Nick Melvoin, and Kelly Gonez in securing a charter-school majority on the board. Will the electorate see past the charter industry election spending and anti-Semitic ads to demand an end to candidates who put the charter industry above the 80% of students in Los Angeles who attend public schools?
________________________________
Carl Petersen is a parent, an advocate for students with special education needs, an elected member of the Northridge East Neighborhood Council, an appointed alternate to the LAUSD's CAC, and was a Green Party candidate in LAUSD's District 2 School Board race. During the campaign, he was endorsed by the Network for Public Education (NPE) Action and Dr. Diane Ravitch called him a "strong supporter of public schools." Links to his blogs can be found at www.ChangeTheLAUSD.com. Opinions are his own.