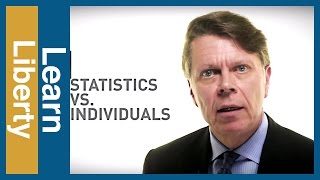 "Permit me to issue and control the money of a nation, and I care not who makes its laws." ~~Mayer Anselm Rothschild, 1790

Thirty-eight years ago when I was in charge of United States domestic economic policy, the US Treasury and President Reagan believed that the purpose of economic policy was to serve the country, not Wall Street and the banks or the corporations or any of the various organized interest groups. Our idea was that policy could not be for this or that part of the economy. It had to be for everyone.

This changed in the last year of the Reagan administration after I was gone. The George H.W. Bush Republicans, who by then had taken over the Reagan administration, decided that economic policy had to serve the election of Bush as Reagan's successor. They created the "Plunge Protection Team," consisting of the Treasury and the Federal Reserve. Its purpose was to stand ready to intervene in financial markets and to support financial prices in the event of a stock market downturn for which the Bush Republicans had set themselves up to be blamed.

The small hand full of Supply-side economists that existed understood that the high tax rates were restraining labor and investment inputs into the economy, because the after-tax rewards were low. A 50% tax rate on wages and salaries meant that when a person's income reached the threshold of the 50% rate, he was working for half pay. For the investor, the situation was worse. At the 70% bracket, he was taking investment risks for 30% of his earnings.

Consequently, when the Federal Reserve pumped up consumer demand, the response from output was weak. When real output does not respond sufficiently to absorb the new money, prices rise instead of employment. The solution was obvious, but not to the Keynesians who had been running US economic policy since the Second World War.

The solution was to cut the tax rates in order to encourage a larger response of supply to demand.

The Bush Republicans and Reagan's Budget Director, David Stockman, were unable to understand the Supply-side policy. They could not get their minds out of demand-side economics. In demand-side or Keynesian economics, the purpose of cutting marginal tax rates is to increase consumer spending. As inflation was already a problem, the Bush Republicans and Federal Reserve Bank Chairman Paul Volcker thought that Reagan's tax rate reductions would cause inflation to explode, driving up interest rates and collapsing the values of Wall Street's stock and bond portfolios. To restrain the expected inflation from Reagan's Supply-side fiscal policy, Volcker slammed on the monetary brakes and caused a recession before the tax rate reductions went into effect. The deficits from Volcker's recession were blamed on Reagan's Supply-side policy. The appearance of the budget deficits convinced Bush Republicans that a stock market crash was in the cards. To prevent the expected crash from keeping Bush out of the White House, they set up the Plunge Protection Team to guarantee the price of financial assets.

The Team was not needed for that purpose. The success of the Supply-side policy caused inflation to fall and real output to rise despite the budget deficits. What the creation of the Plunge Protection Team did was to give the Federal Reserve enormous new powers. The Federal Reserve can now intervene in all financial markets, not merely the bond market. This intervention is never discussed in the financial press, a collection of presstitutes like the rest of the media.

Today central banks not only support bond prices by heavy purchases, they do the same thing in the equity market. The Bank of Japan, for example, owns 77.5% of Japan's ETF (Exchange Traded Fund) market, having bought nearly 23 trillion yen of the ETF market since 2013.

With this background, we can now get on with the story.

For a decade we have had a stock market based on (1) the profits from lower labor costs by producing offshore the goods and services corporations sell to Americans, thereby destroying the American middle class and the tax base of cities and states, (2) the use of corporate profits for buying back the corporations' stock, and by borrowing to buy back stock, thus decapitalizing the corporations in order to support stock prices, managerial bonuses and shareholder capital gains, and (3) Quantitative Easing (QE) which pumped trillions of dollars into US financial markets, thus pushing up the prices of financial assets. If the money the Federal Reserve created in order to support the solvency of the "banks too big to fail" had gone into the economy, hyperinflation in consumer prices would have been the result. Instead the money caused inflation in the prices of financial assets, and this is the explanation of why a small percentage of people -- shareholders -- have accumulated most of the gains in income and wealth.

The extraordinary increase in the inequality of incomes in the United States is the consequence of using economic policy to support the New York Banks, which has meant supporting the prices of the bad assets on their balance sheets.

In America today truth gets no respect from anyone whether right, left, liberal, conservative, Democrat, Republican. The idiot Hillary has alleged that the only sane Democrat -- Tulsi Gabbard -- is a Russian agent! It blows the mind. And the presstitutes treat the absurd allegation as if it is a fact.

Right-wing talk radio hosts Rush Limbaugh and Sean Hannity are just as unrealistic on pro-Trump subjects. Both of them boast of the great American economy with 3.5% unemployment.

Related Topic(s): American Capitalism; American Express; Banks; Economics; Economy Built On Debt; Recession; Unemployment, Add Tags
Add to My Group(s)
Go To Commenting
The views expressed herein are the sole responsibility of the author and do not necessarily reflect those of this website or its editors.