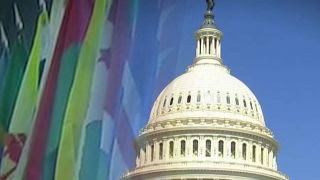 The dissolution of the Soviet Union removed the constraint on Washington's unilateralism. The neoconservatives, who had just risen to power, seized the opportunity and replaced diplomacy with threat and coercion. One infamous example is from the George W. Bush regime when the Deputy Secretary of State, Richard Armitage, told Pakistan to do as you are told or you will be bombed into the stone age. We have this on the authority of the president of Pakistan himself, who did as he was told.

In the case of Russia during the Putin era, this level of threat is excessive as Russia can bomb back. So the threat has been reduced to: do as you are told or we will impose sanctions.

Sanctions are an assertion of hegemony of one country over another. They are an assertion that the imposer of sanctions has extra-legal international authority to tell other sovereign states what to do or to suffer consequences if they do not.

Once the constraint on Washington's unilateralism was removed, sanctions became an instrument of US foreign policy and replaced diplomacy. The Clinton regime used them on Iraq. When the UN reported that the effect of the Clinton regime's sanctions on Iraq was the deaths of 500,000 Iraqi children, Clinton's Jewish Secretary of State was asked by Lesley Stahl on the national TV program "60 Minutes" if the sanctions were worth the deaths of a half million children. Madeleine Albright said yes, "the price is worth it." The Jews feel the same way about the Palestinians. As the Palestinians' country has been stolen by Israel, what is the point of Palestinians? Killing them is Israel's answer. As one Israeli minister said, we are only doing what the Americans did to the native Americans known as Indians. As America shares this crime with Israel, little wonder that Washington always vetoes any UN action against Israel for its crimes against the Palestinians. The two criminal states stand united against the world.

And from Washington's view, it has been "worth it" ever since as Washington during the 21st century proceeded to destroy in whole or part seven countries, and is still working on several more.

Any time a country doesn't follow Washington's orders, Washington imposes sanctions. Iran, North Korea, Russia, and Venezuela are all bearers of Washington's sanctions. Moreover, Washington forces other countries, including its European allies, to also impose sanctions or Washington will sanction them as well.

This worked until Washington's assertion of its hegemony over the world became excessive. That happened when Trump, guided by Israel and by Israel's neoconservative agents who are Trump's advisers, denounced and withdrew from the Iranian nuclear agreement signed by the US, Iran, Russia, China, France, the UK, and Germany.

When Washington's European vassals did not also withdraw from the agreement that they had signed, Trump threatened them with sanctions.

All of Europe already suffers from high unemployment. Washington's sanctions worsen the situation for Europe, which has resumed profitable business with Iran. Finally Europe has caught on. Washington is telling Europe that Europe must suffer economically so that Washington can exercise hegemony, from which Europe gets no benefit.

This is too much even for the European and British governments that have been Washington's vassals since 1945. Rebellion is reported everywhere in the Internet news although not in the presstitute media. European and EU officials are saying that it is time that Europe represents its own interests instead of Washington's. Even the head of the EU, a CIA creation, is in rebellion.

Will the rebellion last, or is it merely the antics of Europeans long on Washington's payroll posturing for more money? How much does Washington have to shell out to quiet the European rebellion?

Vladimir Putin has been eating insults and provocations for years while awaiting for Washington's arrogance to break up its European empire. Perhaps Putin's patience is paying off, and it is happening now.

There are signs that Washington is isolating itself. Washington has ordered India and also Turkey, a NATO member, not to purchase Russian weapons systems, but both countries have given the bird to Washington, rejected Washington's interference in their affairs and have gone ahead with the purchases.

The chairman of the European Commission, Jean Claude Juncker, said that it was time for Europe to reconnect with Russia and to stop attacking Russia. Will the EU, the CIA's own creation, turn against Washington?

Related Topic(s): Allies; Hegemony; Iran; Jobs; Offshoring; Robots; Sanctions; Tariffs; Washington Greed, Add Tags
Add to My Group(s)
Go To Commenting
The views expressed herein are the sole responsibility of the author and do not necessarily reflect those of this website or its editors.