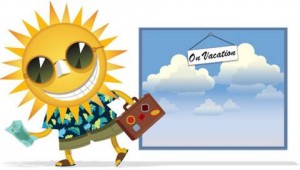 (Image by Unknown Owner)   Details   DMCA
b>Is this a true or even believable headline about an investor-owned corporation such as Tepco (or any private-sector company for that matter) that is facing an unimaginable crisis?
Of course it isn't. Imagine the Tepco management team (Tepco is the Japanese utility dealing with the Fukushima nuclear power plant disaster) picking up weeks into the crisis (or today) to go on vacation.
Management will not leave until this problem has been resolved, no matter how long it takes.
Why are these executives so conscientious?
Are they just good people? More concerned with the well-being of others over themselves? Is it that executives typically have nothing better to do because they weren't going to go on vacation anyway?
No! It is because their very livelihoods and financial existence, and in this case the greater good of the public, depends on the how that company performs and deals with this nuclear and humanitarian crisis. If there is no clear-cut and somewhat immediate resolution to this problem, THEY WILL LOSE THEIR JOBS!
In Japan, there have actually been demands by some for the Tepco board to engage in seppuku or ritual suicide.
The debt ceiling crisis!
Why, compared to Tepco executives, are U.S. politicians so much less conscientious, concerned, focused, etc?
Primarily because they have no real or enforced responsibility for the bottom-line performance of the country.
You need more money you simply print it.
Something goes wrong (such as a government default), you blame your political opponent.
Need to solve a critical problem that could have a far-reaching impact on the health of the country? Simply stick your finger into the air and find out which way your constituents are leaning and then go that way.
And, compared to the private-sector, it is a much more difficult proposition to throw the bums out of office who ignore problems and procrastinate on developing solutions until it is just about too late.
When they do come up with a "solution", it will be politically focused, politically expedient and not geared to the greater good of their "shareholders," the American public.
Political "solutions" will be geared towards towards either enriching themselves financially, being re-elected or both!
Senate cancels holiday break
This brings me to the concept of politicians taking vacations. The President takes a whole lot of vacations and the Congress as well.
Why is it then newsworthy that the Senate is canceling its holiday break to stay in Washington to work on the debt ceiling crisis.
By the same token why is it newsworthy when the Congress, once in a blue moon, works late into the night debating an important piece of legislation?
Who amongst us regular folk hasn't had to pull an all night session to get a project done. In the private sector there is no other alternative because our jobs depend upon it.
How many of us have had to give up a vacation due to either a pressing work matter or lack of funds (currently over 60% of Americans are limiting or eliminating our vacations due to the economy).
Perhaps the only way for the business of government to work in any efficient way, one that actually attempts to solve the problems of the country rather than the problem of re-election, is to give the American people, the "shareholders", the ability to get rid of any Congressional dead wood.
Not at re-election time but at the very time they commit to a decision, whether by omission or by commission which runs counter to the greater good of the country.
The problem is, obviously, that the halls of Congress would be empty!
________________________________________________
*Headline used for demonstration purposes only and has no basis in fact. Tepco is close to bankruptcy but the executives would never leave to go on vacation!
From The Political Commentator, written by Michael Haltman

Related Topic(s): Congress; Corporate Accountability; Government Spending; The Earthquake-tsunami Crisis In Japan; US Politics-Government; Vacations, Add Tags
Add to My Group(s)
Go To Commenting
The views expressed herein are the sole responsibility of the author and do not necessarily reflect those of this website or its editors.