It's common knowledge that we're all exposed to many different kinds of toxins from the air we breathe, the water we drink, the pesticides and other chemicals we're exposed to and many other sources, and that some of those accumulate and persist in our bodies. 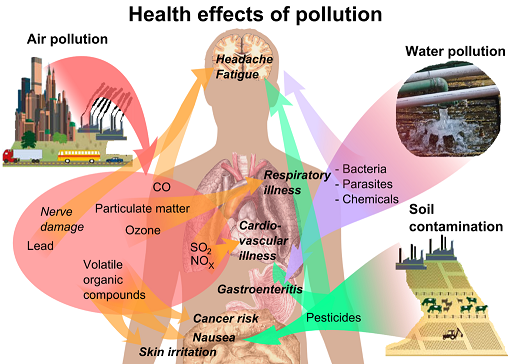 What we didn't know but researchers have just discovered, is that at least some of those pollutants are not spread randomly through the population, with some individuals having more of one and others having more of a different one. Much like income or wealth, some people have just a little while some have a lot.

A new study of Persistent Organic Pollutants (POPs)--the first that looked at many different kinds of POPs in the same people at the same time--found that that they were strongly clustered, with more than 10% of the U.S. population carrying ten or more different POPs in their blood at concentrations above the 90th percentile. Blacks, people with low incomes, people with a high body mass index (BMI) and older individuals were more likely to carry heavy loads of multiple organic toxins.

When I asked physician and epidemiologist Miquel Porta, one of the study's authors, about the implications of his findings, he first cautioned about stirring up fear. "As a physician, I firmly believe that fear is seldom compatible with a broad vision of health," he wrote.

However, he went on to emphasize that finding that a large number of people have 90th-percentile-or-higher concentrations of 10 or more known toxins needs to be noted by researchers and public health authorities:

As reported in the journal PLOS One, Porta and his colleagues looked at the concentrations of 91 POPs in the blood of 4739 people living in the U.S. They found that 13% of the people studied had 10 or more of the most frequently detected organic pollutants at or above 90th percentile levels. You can view the original article here.

"Decades after the evidence on the presence of toxic chemical mixtures in humans became available, official approaches to assess the risks for human health of such mixtures continue to lag tragically behind scientific evidence of the adverse effects of individual compounds and the potential effects of mixtures," Porta writes.

"We provide a method to improve exposure assessment. Our method is an important complement to what is usually done."

In other words, it's no longer justifiable to study one toxin at a time in one group of people at a time. Now that we know that many different toxins pile up in certain populations, with the odds tilted by race, age, income and other factors, studies, recommendations and regulations that don't take that into account from the start are likely to seriously underestimate the risks to the health of a significant number of people.

Porta and his colleagues have followed up on these findings by studying the impacts of multiple toxins in seemingly healthy people. You can read my post about that work here.

Related Topic(s): Citizens; Diet And Health; Health; Health; Patients; Patients; Percentage; Pesticide; Pesticides Herbicides; Population; (more...) Public Health; Race; Toxins, Add Tags  (less...)
Add to My Group(s)
Go To Commenting
The views expressed herein are the sole responsibility of the author and do not necessarily reflect those of this website or its editors.

STAY IN THE KNOW
If you've enjoyed this, sign up for our daily or weekly newsletter to get lots of great progressive content.
Series: "What are we doing to our kids and ourselves?"

A 38,000-year-old whodunit: What really happened to our Neanderthal cousins?