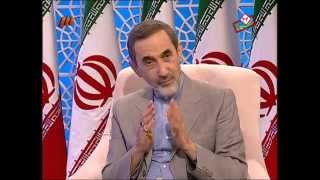 The Trump administration's withdrawal from the Iran nuclear deal, known as the Joint Comprehensive Plan of Action (JCPOA), has monopolized the highest levels of government in Tehran around the clock since the decision was announced on May 9.

Prime Minister Mohammad Javad Zarif, who met yesterday with the European Union's energy chief Miguel Arias Canete, reiterated that mere words of support from the Europeans are not enough. The JCPOA joint commission meets in Vienna this coming Friday to analyze all options ahead.

EU diplomats in Brussels told Asia Times that, contrary to rumors, the European Union is not considering offering financial aid to Tehran in exchange for concessions towards a possible new nuclear deal.

What Brussels is desperate to achieve before the first US sanctions kick in from August is to devise a mechanism to contest the dominance of extraterritorial American law -- and reassure President Hassan Rouhani, who allegedly has "limited" trust that France, Britain and Germany will affirm an independent foreign policy.

Tehran, meanwhile, is considering conducting all its trade and commercial transactions in euro and yuan.

Ahmad Bahmani is the Europe and Americas adviser to Ali Akbar Velayati, who happens to be the top foreign policy adviser to Supreme Leader Ayatollah Ali Khamenei. So what Bahmani says comes from the highest levels of the Iranian government.

Bahmani received Asia Times for an exclusive exchange of ideas in an unassuming office in Tehran. He preferred not to have his picture taken, implying the man in the spotlight is Velayati.

The Beltway could do worse than listen to Bahmani. Here are the highlights of our conversation:

On the New World Order -- Surveying the chessboard since "the first McDonald's opened in Moscow," and considering when the world was bipolar ("now there are at least six poles") Bahmani notes whether, three decades later, Romania and Poland may qualify as "examples of true progress" as "socialist parties in Eastern Europe are the ones steadily advancing." Meanwhile, all over Western Europe, "people want change." He evokes Brexit, Catalonia, Syriza (the Radical Left party in Greece), the National Front in France; everywhere there's "change in classic political divisions."

On Barjam (how the JCPOA is referred to in Iran) -- Bahmani is pleased the agreement has been broken -- vindicating Ayatollah Khamenei who, on the record, always insisted the Americans cannot be trusted. Yet he's not sure "the Europeans will align with us. They may not have the necessary independence. Europe does $450 billion a year in business with the US, and only $30 billion with Iran. Yet if they back down, it will show their populations European governments have no independence."

On Iranian psychology -- "Here, when we achieve something with great effort, we cling to it in full force. So at the moment, there's a feeling of untrustworthiness in relation to the West. For six years the core of Iranian diplomacy revolved around Barjam. Soon the EU will have to respond to other issues. We have no illusions."

On Iranian resilience -- "The US spent $7 trillion in Afghanistan and Iraq. Commenting on it, Trump said, 'We just expanded our cemeteries.'" Bahmani evokes Iran's vast topography -- from the hottest spot on the planet to minus 35 degrees Celsius temperatures -- to stress, "we know how to defend ourselves." He makes the connection between Iran's massive reserves of oil and gas and the capacity of blocking the Persian Gulf in the event of war.

And he extols resilience: "It would be better if Iran had no oil. We suffered four decades of embargo. During the 1980s, in the Iran-Iraq war, everyone was against us; we couldn't buy katyusha rockets for 10 times the price. Never a day without sanctions forced us to become more creative. In 1979 Iran had 50% illiteracy. Now we have 5 million students, compared to 30,000 then; 95% of our villages have access to everything; 93% of medicines are now produced locally -- and exported. We managed to convert [that] threat into opportunity." He does make the eulogy of Made in Iran. And then comes the clincher: "The Americans are not capable of conquering Iran."

On regional alliances -- After I reveal US Treasury Secretary Steve Mnuchin let it slip that the Trump administration's real objective is to press harsher sanctions to get a different JCPOA, Bahmani says that Mnuchin is "already in a position of weakness." He counteracts with Iran's alliances across Southwest Asia. Iraq ("We know who the next prime minister will be but we cannot say it.") Hezbollah ("they used to be supported by a third of Lebanon; after the latest elections they have 60 to 65%.") Damascus. Saana. Gaza ("there's new allegiance to Ayatollah Khamenei.") That "makes six allies, including Iran. Plus sympathizers in Pakistan, Afghanistan, India and Turkey." As for Saudi Crown Prince MBS, "he has bought everyone else."

Related Topic(s): Iran; Jcpoa; Nuclear Powers; Sanctions; Withdrawal, Add Tags
Add to My Group(s)
Go To Commenting
The views expressed herein are the sole responsibility of the author and do not necessarily reflect those of this website or its editors.