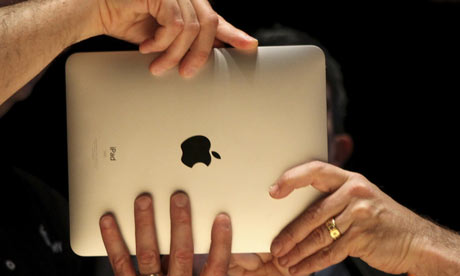 The people who have been the winners in the massive upward redistribution of income over the last three decades have a happy story that they like to tell themselves and the rest of us: technology did it. The reason why this is a happy story is that technology develops to a large extent beyond our control.

None of us can decide exactly what direction innovations in computers, automation, or medicine will take. Scientists and engineers in these areas follow their leads and innovate where they can. If the outcome of these innovations is an economy that is more unequal, that may be unfortunate, but you can't get mad at the technology. This is why the beneficiaries of growing inequality are always happy to tell us that the problem is technology.

There is another story that can be told. In this story the upward redistribution of income was a conscious policy by those in power. This story points to a number of different policies that had the effect of redistributing income upward. For example, exposing manufacturing workers to direct competition with low-paid workers in the developing world, while protecting highly educated professionals (e.g. doctors and lawyers), would be expected to lower the wages of both manufacturing workers and the large number of workers who will compete for jobs with displaced manufacturing workers.

Central banks that target low inflation even at the cost of higher unemployment will also increase inequality. When a central bank like the Fed raises interest rates to slow the economy and reduce inflationary pressures it is factory workers and retail clerks who lose their jobs, not doctors and lawyers. Even an economist can figure out that this will depress the wages of the former to benefit the latter.

And when a government adopts a one-sided approach to enforcing labor laws, so that courts intervene to benefit management and weakens unions, it will reduce workers' bargaining power. This will mean lower pay for ordinary workers and higher corporate profits and pay for those at the top.

But people involved in policy debates often have difficulty seeing these fingerprints. That is the context in which we have to understand the report that the OECD released on inequality at the end of last year. While this volume contained much interesting data and useful analysis, the main villain in its inequality story was technology.

This led to the happy conclusion that those calling the shots were not responsible. As decent caring human beings they had ideas about how to redress the harm that technology had caused, but this was only because they were good people. There was no sense of undoing the damage brought about by deliberate policy.

On closer examination it turns out that the OECD technology story is wrong. An analysis by my colleague at the Center for Economic and Policy Research, David Rosnick, found that they appeared to have made a mistake in their analysis substituting a coefficient on a cyclical technology variable for the coefficient of the trend technology variable. Essentially, their results (and ours) found that spending on technology may influence inequality over the course of a business cycle, but that the increase in spending on technology over the last three decades had no impact on inequality over this period.

The OECD analysis did find that lower unionization rates and weaker labor protections contributed to inequality, although this rise was offset by the impact of an increasingly educated workforce. On net, their analysis explained none of the rise in inequality they identified.

If we are serious about reducing inequality, reining in the financial sector must be a big part of the plan. And, a tax on financial speculation would be a great place to start.

Dr. Dean Baker is a macroeconomist and Co-Director of the Center for Economic and Policy Research in Washington, D.C. He previously worked as a senior economist at the Economic Policy Institute and an assistant professor at Bucknell University. (more...)
Related Topic(s): Banks; Corporate; Corruption; Domestic Policy Failures; Economic; Inequality; Policy Analysis; Technology, Add Tags
Add to My Group(s)
Go To Commenting
The views expressed herein are the sole responsibility of the author and do not necessarily reflect those of this website or its editors.