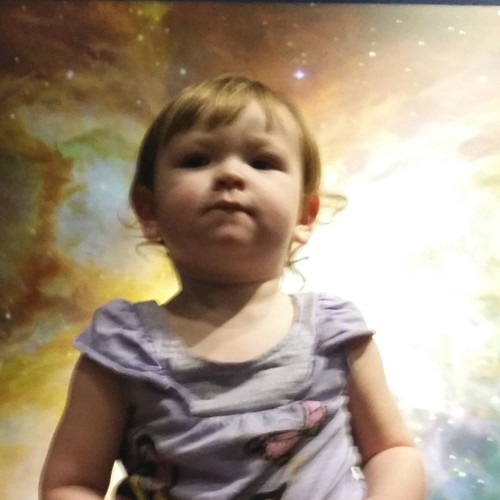 In The Orion Nebula
(Image by Michel Curi)   Details   DMCA
I got this crazy idea that this latest pandemic may leave the world with just the sort of people God routed by means of Noah's deluge.

This time God will be saving the animals real and impersonated. The warthog class will remain to begin from scratch. Note that Trump, Pence, and Ivanka were all exposed to the virus and didn't manifest its symptoms. This has been publicizedand yet Trump walked around for at least a week without a mask or any form of quarantine, though I did read that he planned to observe social distancing. Do they possess the cure and plan Covid19 to get rid of the rest of us?

He's never far away from me enough. I feel safer having moved from walking distance to both the White House and Jared and Ivanka's residence. Pence on Observatory Hill was even closer. I used to walk past his place on my way to the dentist.

To begin a new civilization with rotten people: what will result? First of all, our ecosystems will tank. Have they built lavish underground bunkers for themselves yet? With artificial blue skies and lighting? With streamed-in muzak? Does 5G have something to do with that? Internet powerful enough to reach as far beneath the ground as their Cowardly New World will extend?

Let's play with that meme anyway: beginning a new civilization with rotten people. What will happen first? They'll separate themselves feudally into, as Bush 43 phrased it, "the haves and the have mores" and of course the "have mosts." But there will be no one to "delve and span" with all these "gentlemen."

Whatever will they do? Our world can go on for a long time without CEOs and presidents but not long without sanitation workers and grocery stores. Will they clone an underclass? Create robots? Are there enough inventive souls among the .01 percent to devise ways to clean up and nourish themselves? Has our technology advanced sufficiently?

Okay, suppose that they figured out how to delve and span with clean fingernails. Recall that we have three social rungs already established. There's lots of stuff around and they will all fight over it. Guess who will be at the losing end? The haves.

Presto, change-o, an underclass is born! Have-nots? They will be with us always, as Jesus told us wearily, eager for a moment or two of TLC himself.

We know what happens when an underclass is born. Maybe a few good people turn up. And what happens to them? What happened to JFK, MLK, and RFK? What would have happened if they'd lived?

WHAT WOULD HAVE HAPPENED IF JFK, MLK, AND RFK HAD LIVED???

Today would be a very different place. Maybe the outcome of the Powell Manifesto would have retaliated more quickly. Maybe not.

So if this is a parable or an allegory or a fantasy nouvellette or a quick rumination,what's the difference between starting out a world with good people or bad people?

The answer is, in part, that Noah was human, all too human, and cursed one of his grandsons for having accidentally witnessed him in the drunk.

By contrast, there is nothing, absolutely nothing good about Trump. Hillary praised his prioritization of family, but ultimately it's all about him.

Related Topic(s): Civilization; Ecosystems; Fantasy; God; Internet; Jesus; Miracle; Nature; Pandemic; People; (more...) Stuff; Technology; Trump, Add Tags  (less...)
Add to My Group(s)
Go To Commenting
The views expressed herein are the sole responsibility of the author and do not necessarily reflect those of this website or its editors.