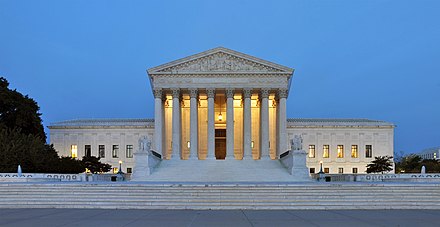 "The American people," US Senate Majority Leader Mitch McConnell (R-KY) said in 2016, "should have a voice in the selection of their next Supreme Court Justice. Therefore, this vacancy should not be filled until we have a new president." McConnell took that position in response to President Barack Obama's nomination of Merrick Garland to replace the late Antonin Scalia.

While he subsequently offered other justifications, revolving around whether or not the same party controls both the Senate and the White House ("[s]ince the 1880s, no Senate has confirmed an opposite-party president's Supreme Court nominee in a presidential election year"), the top political selling point of argument was clear:

With a presidential election less than a year away, better to await the voters' decision on who should appoint a new member of the Supreme Court.

Now, with the death of Associate Justice Ruth Bader Ginsburg, McConnell's political tune shifts its main melody to those other excuses. The new chorus: "President Trump's nominee will receive a vote on the floor of the United States Senate."

Democratic arguments against a swift replacement for Ginsburg are pretty weak as well.

First, they say Ginsburg expressed a "final wish" that her replacement wait until after the election. That's a strange one. In what universe do dying (or retiring) Supreme Court justices get to dictate the terms of their replacement?

Second, they raise the usual hue and cry: A Republican-appointed court might overturn Roe v. Wade. That claim ignores some inconvenient facts.

The first Supreme Court justice, John Jay, was nominated by President George Washington on September 24, 1789. He was confirmed by the US Senate two days later. Twelve years after that, the Senate dragged its feet for a whole week before confirming Chief Justice John Marshall.

These days, far more is both knowable and known about prospective Supreme Court nominees well in advance of their nominations. Yet the process has mutated from "advise and consent" to "multi-month political campaign."

There's no taking politics out of the matter, but the whole thing could be better handled with a White House policy of nominating replacements within seven days of a death or retirement, and a Senate rule requiring an up-or-down confirmation vote within seven days of nomination. Let the voters judge what was done, not who might do what.

Instead, the legacy of Ruth Bader Ginsburg is yet another bear-on-a-unicycle ring added to an already far too crazy 2020 political circus.

Related Topic(s): McConnell-Mitch; Supreme Court Justice Ruth Bader Ginsburg; Supreme Court Nominee, Add Tags
Add to My Group(s)
Go To Commenting
The views expressed herein are the sole responsibility of the author and do not necessarily reflect those of this website or its editors.