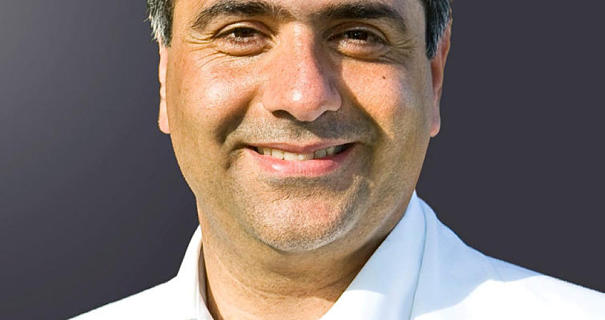 Dr. Iranbomy intended to make the 4,000-mile journey from his Frankfurt, Germany home to say good-bye to his son.

There was just one problem: the American Consulate in Frankfurt denied Dr. Iranbomy a visa.

His humanitarian appeal to U.S. Citizenship and Immigration Services (USCIS) went unanswered until two weeks after Irman's funeral was scheduled to commence, and even then it failed to provide a reason for its decision.

According to a form Iranbomy says a U.S. consulate official provided, Iranbomy was denied a nonimmigrant visa because the Immigration and Nationality Act "prohibits issuing a visa to any person who seeks or has sought to procure a visa, other documentation, admission into the United States, or immigration benefit by fraud or by willfully misrepresenting a material fact."

Iranbomy quoted the US consulate as saying:

"You're using the death of your son to immigrate to America; you're not telling the truth."

Dr. Iranbomy is a human rights and discrimination attorney, and has been living in Germany for 40 years.

He is a German citizen who was told he lacks German roots since he is an Iranian immigrant.

He stated to DW, a German news and current events website:

"I am more German than Iranian."

His visa refused, Iranbomy applied for a special travel document that would allow "parole into the U.S. for humanitarian reasons."

Hoping this would grant permission to attend his son's funeral, Dr. Iranbomy's ex-wife and 18-year-old daughter delayed the funeral.

Even a European Commission lawyer got involved, addressing an inquiry to a European Parliament member.

Frankfurt mayor Peter Feldmann agreed to take up the case with Patricia Lacina, consul general at the Frankfort embassy.

Related Topic(s): Discrimination; Immigration; Iran; Iranian; Islamaphobia; Muslim; Muslim Ban; Muslims; Trump Cruelty; Trump Hypocrisy, Add Tags
Add to My Group(s)
Go To Commenting
The views expressed herein are the sole responsibility of the author and do not necessarily reflect those of this website or its editors.