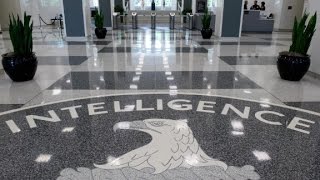 The NSA, CIA, and FBI are criminal organizations that should be abolished and their leaderships imprisoned. Here is proof from the United States Foreign Intelligence Surveillance Court that security agencies have been operating outside the law.

On page 4 the federal court that oversees the spy program states that the US government has not been in compliance with procedures governing the acquisition of data from spying. Moreover, the full scope of noncompliance "had not been previously disclosed to the court."

Historically, police states have told courts whatever the courts wanted to hear and proceeded with their police state activities. The conspiracy that the House Intelligence Committee has uncovered between US security agencies, Hillary Clinton, and the presstitute media to overturn the election of President Trump is sufficient evidence that the police state remains out of control. Whether the Republicans on the Intelligence Committee will use the facts to bring the police state under control or wimp out on "national security" concerns, as Republicans tend to do, remains to be seen.

When the court comes to the issue of assessing whether the spy regime is consistent with the Fourth Amendment, it becomes obvious that the Fourth Amendment, one of the cornerstones of American civil liberty, has been undermined by the 9/11 hoax that pretends the world's only superpower defended by the NSA universal spy program was defeated by a handful of Saudi Arabians who could not fly airplanes. The court says that the Fourth Amendment is a case of balancing the interests at stake. One interest is privacy. The other is the government's interest in safeguarding the country's security.

The more important the government's interest, the greater the intrusion on privacy that can be constitutionally tolerated. In other words, the court is constrained in its interpretation of the Constitution by the official 9/11 yarn. Insouciant Americans so anxious to believe the government about the evil Muslims had no idea they were dooming their own civil liberty.

For those of you unwilling or unable to read a court document, here is an explanation of the gist of the situation.

Note: More Evidence That the FBI Is a Criminal Organization.

Related Topic(s): Agencies; Intelligence; Security; Spying; Surveillance, Add Tags
Add to My Group(s)
Go To Commenting
The views expressed herein are the sole responsibility of the author and do not necessarily reflect those of this website or its editors.