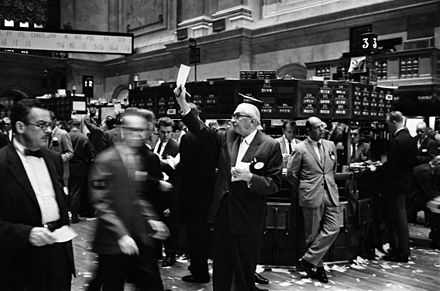 When Jeff Sprecher, the Chairman of the New York Stock Exchange, and his wife, the sitting Republican Senator from Georgia Kelly Loeffler, were both named by the SEC in an insider trading scheme, it again revealed the double standard that applies to the rich and powerful.

The insider trading charges against Sprecher are especially interesting since he is both the CEO and Chairman of the company that owns the NYSE (NYSE-ICE), but is also the chairman of the NYSE, a publicly-traded company.

This dual executive role poses a huge problem to Sprecher since he is associated with an insider trading scheme. In the world of global finance, insider trading ranks at the top of financial crimes, along with embezzlement. Both involve a breach of fiduciary trust that taints the offender and their financial institution.

Even though the Justice Department found no wrongdoing in their case since it involved the use of SEC Rule 10b5-1, the Sprecher insider trading charges are especially problematic since he also is the NYSE chairman.

The NYSE is a Designated Self-Regulatory Organization (DRO) and can investigate and punish member firms and their top executives without SEC approval. As a publicly-traded company, the NYSE must comply with the same standards it applies to its own listed companies.

The big question is whether the NYSE can objectively investigate itself?

So far the NYSE has been silent on whether it will reprimand its own chairman, who also controls the NYSE board, as well as the parent company that owns exchanges worldwide. The board also has the authority, if they choose to use it, to punish or remove Sprecher. (The NYSE did not respond to requests for comment on this situation.)

While the insider trading charges against a global CEO are rare, the NYSE has faced this problem before when an errant CEO tried to eliminate any scrutiny of their $188 million executive performance from the NYSE Board.

This has many similarities to the Sprecher insider trading case, including how conflicts-of-interest, fiduciary violations, and ethically-compromised board members and executives, all show the NYSE is incapable of investigating itself.

One reason is board compensation. One member of the Intercontinental Exchange (ICE) board, which owns the NYSE, is Frederic Salerno, who makes $424,938 a year as a Lead Independent Director. Other ICE board members are also highly compensated and many own ICE shares.

Is History Repeating Itself?

In this earlier 2004 NYSE case, described below, Manhattan District Attorney Eliott Spitzer prosecuted any exchange employees who had a role in the compensation scheme, including the NYSE chairman and his senior VP of human resources.

For those who think that working in the human resources department is humdrum, Spitzer's prosecution and subsequent jail sentence for an HR executive are rare.

But it shows that the top-level NYSE executives are capable of lying to the NYSE board in order for its chairman to receive a bonus of about $187 million, the largest ever paid to an NYSE employee.

In the Sprecher case today, the NYSE board should again be scrutinized to see how they handle insider trading charges and the appearance of impropriety against its own chairman.

They also should enact the same strict self-policing standards that apply to NYSE listed companies. If not, the NYSE looks like it adheres to a lower standard of corporate conduct. Then, it will face a replay of this 2004 scandal.

Related Topic(s): Corporate; Failure; Finance; Financial; Insider Trading; Management; NYSE; Nyse New York Stock Exchange, Add Tags
Add to My Group(s)
Go To Commenting
The views expressed herein are the sole responsibility of the author and do not necessarily reflect those of this website or its editors.

STAY IN THE KNOW
If you've enjoyed this, sign up for our daily or weekly newsletter to get lots of great progressive content.
Series: "NYSE and Insider Trading"

NYSE's Reputation Suffers When Its Chairman Is Involved In Insider Trading