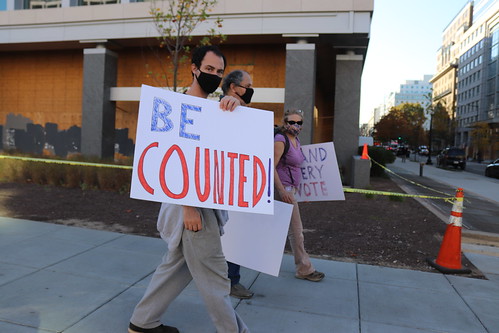 Sonnet: The Election Was Rigged!

by disenfranchisement, votes not counted:

a campaign to see democracy pigged.

Voter fraud is what the GOP does:

by an all-to-willing bent-over Press.

but Covid forced their hand and millions more

than usual mailed in votes, to ensure

all votes got counted on election day.

Now it's back to normal corporate smiles,