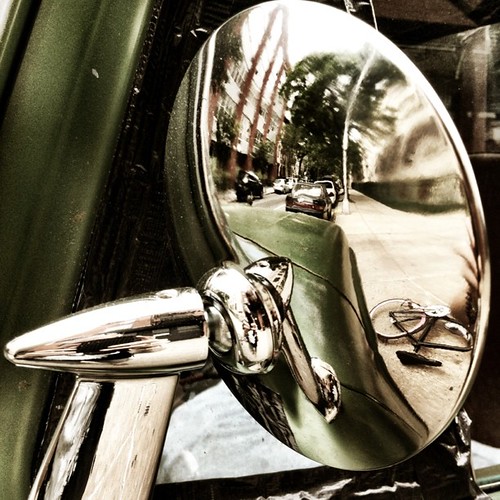 Looking back.
(Image by doodlehedz from flickr)   Details   DMCA

Having embarked, reluctantly but undeniably, upon Old Fartage (some would argue long since), I need to get a couple of things out of the way that may otherwise lurk and keep resurfacing to thwart my progress to selflessness (anattā), not to mention my golf game.

These are things that I (still) think I got right, and since I am (still) alone in my thoughts I want everybody to know who wants to know that I haven't changed my mind about them in the past (gulp!) thirty years. On the contrary.

First there is the business of transparent conspiracy. This goes back to Vince Salandria and his friend Tom Katen (see Correspondence with Vincent Salandria), who applied it to the JFK assassination. My contribution was to apply it to 9/11 (see The Transparent Conspiracy), and as I've already said (here) it applies even more to the Julian Assange case, since the fig leaf (that Assange is a "criminal") covering the conspiracy of the US government and its allies (to kill freedom of speech) could not be more transparent. It is a conspiracy that can be seen and is meant to be seen by anyone who chooses to look, and the purpose is to "shock and awe" everyone into feeling that all resistance to such brute force, regardless of morality or "democratic" principles, is futile. It is a way of inducing learned helplessness.

In one of his first letters to me, in December 1989, Fletcher Prouty tipped me off to the murder of Alfred Herrhausen, the president of Deutsche Bank, which had just happened (on November 30). That crime is still officially unsolved, but Fletch saw through it immediately, and suggested I get hold of a copy of Herrhausen's last speech and look for clues as to why he was killed. He suspected a "secret team" operation (cf. his first book, The Secret Team: The CIA and Its Allies in Control of the United States and the World (1973).

He was right. "The City didn't like him," Fletch had written, and after I read the speech I understood why. "The City" means the City of London, the British equivalent of Wall Street. Herrhausen had seriously proposed debt forgiveness as a strategy to solve the problem of Third World debt, which obviously would have incensed the other big bankers and the world of high finance. It would have meant giving away billions if not trillions of dollars. You don't have to be Sherlock Holmes to suspect that these monied interests would have had a stronger motive to eliminate the threat than leftist terrorists like the Red Army Faction, who were immediately suspected. I made the point in an article published in 1990 ("Alfred Herrhausen - terrorist victim?") in a short-lived magazine called Lies of Our Times (cf. also Ch. 3.3 of Looking for the Enemy), but I haven't heard a word about it since.

Fletch also put me onto the Bay of Pigs. He told me that it was McGeorge Bundy, not JFK, who canceled the crucial second air strike that doomed the operation, and that this was clear in the Taylor Committee investigation report that Kennedy ordered and that had been published in book form in 1981: Operation Zapata: The "Ultrasensitive" Report and Testimony of the Board of Inquiry on the Bay of Pigs, edited by Luis Aguilar, University Publications of America, Frederick, MD. Unfortunately the book is no longer in print and I can't find a digital copy of it anywhere. (The copy on Amazon costs $340 and has the publication date incorrectly as 1984.) I did find a copy via interlibrary loan in September 1990, and from a close reading of the verbatim testimony it became clear to me that the CIA leaders (Cabell and Bissell) had not only convinced Bundy to cancel the second air strike without JFK's knowledge or approval, but also showed a pattern of behavior throughout the operation that revealed even more clearly their intention to sabotage the operation. The purpose was to force Kennedy to send in US forces to save the operation - which to their surprise and disappointment he refused to do.

I wrote this up and published it online ("The Bay of Pigs Revisited") in 1993 and in The Fourth Decade in January 1994. Then I discovered two articles by Lucien Vandenbroucke from 1984 that had also suggested that Allen Dulles sandbagged JFK into approving the operation, so that idea was not new, though not generally known or accepted since Kennedy took full responsibility for the failure of the operation. I think that has changed by now (e.g., David Talbot, The Devil's Chessboard).

I had gone a step further, though, in arguing that Cabell's and Bissell's specific actions (and non-actions) after the operation was already underway formed a pattern that could only be construed as deliberate sabotage. I made these points in a talk at the founding conference of the Coalition on Political Assassinations (COPA) in Washington, D.C. in October 1994 and incorporated them as the first chapter of Looking for the Enemy (Ch. 1).

As far as I know, no one has either agreed or disagreed with my argument, which is too bad because I think it is important. There is a big difference between tricking a president into approving an operation by misrepresenting the chances for its success, and actively making sure that it fails. The former can be (however unconvincingly) "excused" by "stupidity theory" (something else I still think I got right!); the latter cannot.

Prouty of course also influenced me greatly on the subject of the JFK assassination and Vietnam. I read most of Prouty's 1992 book JFK: The CIA, Vietnam, and the Plot to Assassinate John F. Kennedy before it came out, under the title "Saigon Solution," as he originally called it. Most of my six-year correspondence with him and Noam Chomsky (see Chomsky, Prouty and Me) concerns the question of whether Kennedy had decided to pull out of Vietnam or not. Chomsky (famously) argued no, and had no use for Fletcher Prouty as either a scholar or a witness. I (less famously) argued yes, and I think I won the argument, though no one has declared me the winner and Chomsky would certainly disagree.

The details of this argument get rather convoluted because of all the references to government documents, but basically I said my piece in a short essay ("Chomsky on JFK and Vietnam") published in 1993. In that same essay I tried to mitigate the criticism that Chomsky and other so-called "structural" or "institutional" analysts (like Michael Albert of Z Magazine and Alexander Cockburn of The Nation) leveled at "conspiracy theorists" like Prouty, Jim Garrison and Oliver Stone. I wrote:

That this distinction is spurious, and counterproductive for progressive goals, becomes clear with one example. The CIA (Operations, at least) is by definition a conspiracy, and at the same time a structural part of the US government, i.e. an institutionalized conspiracy. When Garrison, Stone et al. say the President was removed by the military-industrial-intelligence complex because he was getting in the way of their war plans (or was perceived to be getting in the way), what could be more "structural"?

Michael Parenti must have read this article (or it was a case of two great minds thinking alike!) because he made the same point and identified the false dichotomy between "structural" analysis and "conspiracy theory" in his talk at the COPA conference we both attended in October 1994. I gave him credit for this, without referring to my own paper published a year earlier, when I wrote my "Open Letter to John Newman" shortly after the conference (Oct. 20, 1994):

The CIA is, after all, an institutionalized conspiracy. The Directorate of Operations (formerly "Plans") is by any reasonable definition the Department of Conspiracy ("two or more people planning secretly to do bad or illegal things"). It is part of an institution in the executive branch of the government, which makes both the CIA and the government, to some extent, institutionalized conspiracies. As are all governments, for what governments do not secretly plan to do bad or illegal things at some time or other? So much for the false and counterproductive distinction between "structural" or "institutional" analysis vs. "conspiracy" theory (e.g., Michael Albert, Z magazine), as Michael Parenti eloquently pointed out at the conference. So much, too, or so one would hope, for your apparent willingness to exonerate an institution which is by definition conspiratorial, while looking for "renegades" within that institution.

Parenti did not pay me the same courtesy in his 1996 book Dirty Truths, where he writes:

Related Topic(s): Alfred Herrhausen; Bay Of Pigs; CIA; Cia Media Control; JFK Assassination; New York Times; Noam Chomsky; Pentagon Papers; Vietnam War, Add Tags
Add to My Group(s)
Go To Commenting
The views expressed herein are the sole responsibility of the author and do not necessarily reflect those of this website or its editors.

2 people are discussing this page, with 3 comments