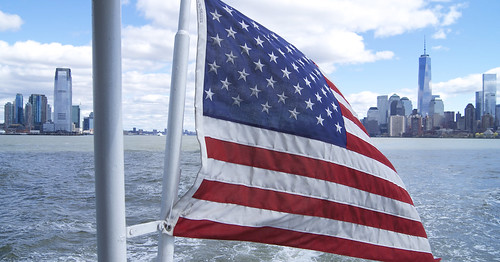 Favoring "small government" has long been a Republican and conservative mantra. It is also an empty one. It's a shame that some libertarians have adopted it to describe libertarianism.

After all, what does "small government" mean? A smaller IRS? A more streamlined DEA? A fascist Social Security system? A reformed Medicare system? A 10 percent cut in the military budget.? Fewer CIA assassinations? Less coups and invasions of foreign countries? Reduced secret surveillance? Less immigration highway checkpoints within the United States? A reduction in no-knock raids and asset forfeiture? A smaller border wall?

Libertarianism is about freedom. How are any of the things listed above consistent with freedom? They aren't. They are also aspects of tyranny and oppression. So, why do some libertarians employ the "small government" mantra of Republicans and conservatives?

Under the rubric of "small government, Republicans and conservatives are notorious for calling for reforms of the welfare-warfare state. Such reforms include school vouchers, Soial Security "privatization," regulatory reform, health savings accounts, and many more.

But welfare-warfare state reform is not freedom, which is what libertarianism is all about. Freedom entails dismantling, not reforming, the illegitimate functions of government.

Republicans and conservatives also devote much of their lives and resources to getting "small government" advocates appointed to head up regulatory agencies. Their rationale is that "free-market" reformers will bring "choice" and "competition" to the regulatory process.

But that too is not freedom, which is what libertarianism is all about. Freedom entails abolishing infringements on freedom, not getting "small government" advocates appointed to running them.

Freedom does not entail a smaller IRS or DEA. It entails an abolition, not a reform, of the IRS and the DEA.

The same holds true for the CIA, the NSA, and the vast military industrial complex. Freedom necessarily requires a restoration of a limited-government republic.

Freedom entails an end, not a reduction, of foreign interventionism.

Related Topic(s): Freedoms; Government Accountability; Government Services; Government Transparency; Republican Pandering; Republicans-GOP, Add Tags
Add to My Group(s)
Go To Commenting
The views expressed herein are the sole responsibility of the author and do not necessarily reflect those of this website or its editors.