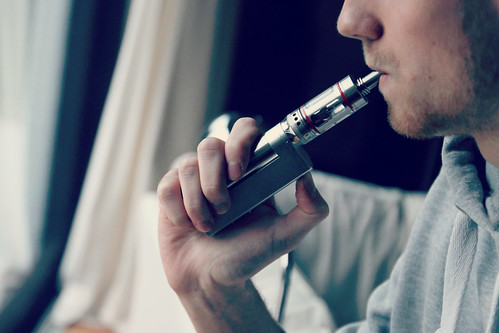 Despite government efforts, the number of cigarette smokers continues to rise around the globe. According to the World Health Organization, one billion people are projected to die early as a result of cigarette smoking this century. Besides the health impact, the economic impact to businesses, healthcare institutions, and other public organizations is massive. California estimates that taxpayers there spend $41 million dollars annually on litter cleanup, a full third of which comes from cigarette waste. Programs to get people to quit have been in place for years, and governments spend millions to this end. These efforts have resulted in some progress in Western countries, but smoking rates in the developing world continue to rise, especially in Africa and the Middle East.

A number of studies have recently suggested that e-cigarettes are a much safer alternative to smoking, and that the practice results in lower smoking rates. Last month, Public Health England announced that less than 17 percent of British people smoke cigarettes, and specifically held up e-cigarettes as a way to help smokers to quit. The organization also published a report asserting that e-cigarettes are 95 percent safer than smoking. Another report by the Royal College of Physicians supported this conclusion.

However, most government organizations continue to crack down on e-cigarettes, sticking with an all or nothing approach to getting smokers to quit. For example, the FDA has passed laws that will effectively put producers out of business by 2018. The tobacco arm of the World Health Organization (WHO), the Framework Convention on Tobacco Control (FCTC), has stuck by its recommendations to policy makers that "quit or die" is the only acceptable approach to getting smokers to quit. A recent documentary called A Billion Lives is trying to shed some light into the workings of this organization and draw the public's attention to the FCTC's penchant for secrecy and its refusal to move beyond a hardline stance on smoking. Indeed, the organization remains highly skeptical of alternatives such as vaping, despite so many studies suggesting they are a viable harm reduction alternative. In fact, last September, an FCTC report was released that advocated heavy regulation of e-cigarettes. As is often the case with the organization, the meeting that led to this report was held in secret, and the report by unknown authors referred to unpublished evidence.

At one anti-smoking summit last year in Moscow, delegates from more than 170 nations voted to ban the public entirely from the event, out of fears that some portion of the public spectators might have connections to the tobacco industry. The following day, security kicked out all accredited journalists, who were then told that they were not allowed to attend any convention events in the future. The rest of the convention, which cost taxpayers $20 million, was carried out behind closed doors, guarded by the Russian police. One finance minister even described having his microphone turned off when he began to offer an opposing view on the topics being discussed. It's no wonder why journalists have criticized the climate of McCarthyism in the FCTC.

In other examples of this attitude, anti-smoking groups have attempted to censor researchers who plan to participate in conferences even partially sponsored by tobacco producers, sending warning letters discouraging them from attending -- even when the sponsors have no influence on the topics discussed or the conclusions published. For an organization like the UN, that so often purports to protect freedom of the press as an important civil right, surely this behavior is unacceptable.

Above all, the FCTC approach is not working. Since their start in 2005, the number of smokers worldwide has only grown. The increase is most significant in places like China and other poorer countries, which have been the FCTC's primary target for their anti-smoking efforts. By its own measures, the organization has not found success the way it currently operates. The next FCTC gathering (the COP7) is planned for this November in India, and while unlikely, the organization would be wise to take a different approach.

The FCTC's approach to the smoking epidemic has proven ineffective, and has arguably even made the problem worse, thanks to an unwillingness to consider new options such as e-cigarettes. An effective approach to reducing smoking should educate the public rather than withhold information, and retain an openness to alternatives such as e-cigarettes when scientists find they are indeed less harmful than smoking.

Marcel hails from France and is an aspiring writer, independent thinker, sports wonk and petrolhead. Views are his own.
Related Topic(s): Cancer; Health; Health Risk; Health Smoking; Policy, Add Tags
Add to My Group(s)
Go To Commenting
The views expressed herein are the sole responsibility of the author and do not necessarily reflect those of this website or its editors.

Should e-cigarettes be banned? One health body thinks so