As the dark, secret perpetrations of men in power are exposed in agonizing detail for public scrutiny, I'm thrilled to see an all too common male sense of entitlement being destroyed. And I hope that this means the playing field will be leveled for women, because that creates a better and safer world for all of us.

We are going through a very necessary and messy transition that requires a level of anger, even righteous rage, to achieve the momentum needed for change to occur. But it's also important that we don't get stuck in our rage, as necessary as it is. Rage, even righteous rage, is not sustainable. And if we continue to rely on shaming tactics that divide us into perpetrators and victims, the consequences could be the opposite of what we hope to achieve. 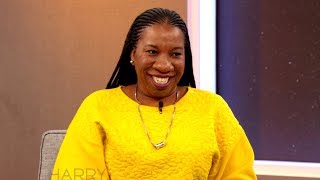 Leading Lady: Tarana Burke Creator of #MeToo Movement Harry highlights Leading Lady Tarana Burke who is the creator of the #MeToo movement from over a decade ago. Visit harrytv.com for showtimes. Subscribe to Harry's YouTube Channel:...
(Image by YouTube, Channel: HARRY)   Details   DMCA

Tarana Burke, the social activist who created the now viral #MeToo hashtag, observed: "Sexual harassment does bring shame. And I think it's really powerful that this transfer is happening, that these women are able not just to share their shame, but to put the shame where it belongs: On the perpetrator."

As a woman who has been blamed and shamed for the sexual assaults perpetrated against me, I have an intimate understanding of just how satisfying it feels to finally see the blame and shame put "where it belongs." Obviously this is true for thousands of other women, and is at least partially why the #MeToo movement quickly mushroomed into a viral phenomenon.

But while transferring the shame from survivor to perpetrator might seem justified and feel awfully good, it isn't a workable long-term solution. As tempting as it can be to see the world as neatly divided into perpetrators and victims, those polarized labels don't help us process our complex emotions. And they don't lead to effective solutions. What we need are solutions that work for all of us regardless of our gender.

How can we create a better and a safer world for women? For men? For all of us?

And is it possible that our public shame-fest is exacerbating the problem?

When we employ additional doses of shame in order to try to stop perpetrations, we are not likely to obtain the result we are hoping for. Yes, we will cause enormous shame. But if the perpetrator we shame doesn't end his life, what sort of perpetrations might he inflict in the future?

Shaming people is not the powerful motivator for change that we might imagine. Research professor and shame expert, Brene Brown, tells us in Rising Strong that "Shame is much more likely to be the cause of destructive behavior than the cure."

Ultimately, we need to find a more effective way to prevent sexual perpetrations in any environment, whether that is in the boardroom, in Hollywood, in the streets or in the home.

Yes, perpetrators must be held accountable for their actions. Removing them from their positions of power if they are still perpetrating is essential.

But my heart aches at the seemingly endless litany of men who are being banished. It doesn't feel like a workable long-term solution. What steps do we need to take so that all the pain that is being exposed can lead to healing for both men and women?

Is there a way to hold perpetrators responsible for their bad behavior while also teaching them to change their behavior?

And can we help people on both sides of the sexual abuse equation move from nonconsensual to consensual sexual behavior?

Veronica Monet, ACS is an internationally acclaimed empowerment change agent. CNN, FOX, Politically Incorrect, Yale, Stanford and UC Berkeley are just a few of the numerous news and educational institutions that have hosted Veronica for her (more...)

Related Topic(s): Metoo, Add Tags
Add to My Group(s)
Go To Commenting
The views expressed herein are the sole responsibility of the author and do not necessarily reflect those of this website or its editors.

The Cultural Conflict of the Century: Conservative Politics and the #MeToo Backlash