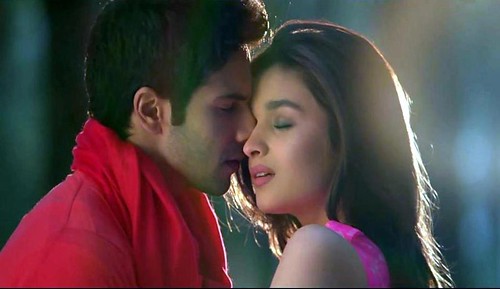 "Life in Lubbock, Texas, taught me that sex is the most awful, filthy thing on earth

and you should save it for someone you love."

For the past 300 years the entire industrialized world has been slowly but relentlessly migrating toward a world of increased individual liberties and freedoms. The US has been slow to keep up with the rest of the world in the area of sexual freedoms. The US has a plethora of laws controlling our individual personal sexual behaviors. Most of these laws are left over from the 1800's before swimming suits were invented. We take these laws for granted and never stop to think about the reasons we still have them. With the exceptions of rape and child abuse, our laws do not protect anyone from harm. There is no crime if there is no victim. Yet religious groups and others demand that big government control our individual behaviors for no reason other than they want everyone to conform to their particular beliefs of what is unacceptable. For example, unmarried sex is a crime in Idaho, Virginia, South Carolina, and Mississippi. Consenting adults who engage in fornication can be arrested and sent to jail for 6 months. Of course, these laws are mostly ignored but law enforcement can use them as leverage over suspects in other cases.

Sex in general is a more sensitive subject in conservative America than in most modern cultures. Even our everyday language suffers due to sexually repressed, conservative thinking. In the past, we were so embarrassed about everything sexual that we invented phrases to avoid speaking plainly as mature adults. Instead of using adult English words, we use ambiguous phrases like "sleeping with", "making love", "having sex", "private parts" and so on. We do this to avoid using proper but supposedly forbidden words. It seems people have the attitude that if we avoid using the proper specific words, the embarrassing subject does not exist.

We are not so intellectually immature that we must avoid using legitimate adult words such as "mating", "fellatio", "fornicating", "copulating", "penis", "vagina" and so on. But we are still subjected to reading these puritanical anachronistic phrases even in newspapers and serious publications. A TV news anchor actually used the words "private parts" on a news program. Apparently, he considered his viewers to be so sexually repressed that they had to be protected from hearing the actual names of body parts. It is time all media - including Sesame Street - stop thinking we will be shocked and offended at hearing the simple but proper names for body parts.

Why is prostitution a crime? Why is nudity a crime? Why is polygamy a crime? Who are the victims in these crimes? We automatically assume there must be some good reason for these laws because they have deep roots in our culture. But in many cultures, in different countries, and in different times these laws did not exist, and society was no worse off. People went about their daily lives planting turnips, making babies, and arguing over who is going to win the big weekend match. If some girl showed up pregnant, everyone pitched in to help her and did not exile her to a mountain cave. Her friends and family did not stop loving her. Our ideas of sex crimes do not come from the Christian Bible or even from Jesus Christ. They were created mostly by old religious men thousands of years ago.

Prostitution is not a crime in most of Europe (Ref. 3). And it is legal in many countries around the world. It is even legal in the state of Nevada. As long as it involves, consenting adults, there are no victims. There is no reason that natural relations between adults should be illegal. Yet social conservatives insist on continuing these outdated and ineffective laws criminalizing a person's right to earn a living even though no one is harmed in the process. Texas conservatives even passed a law outlawing sex involving robots. (Ref. 4) Maybe Texans wanted to protect the robots from abuse and exploitation.

Unlike violent crimes, opinions on prostitution are far from unanimous. 49% favor legalization while 44% do not. (Ref. 5) The objections to legalizing prostitution are neither consistent nor persuasive. Like so many other issues, it is a matter of personal feelings and opinions.

Forcing prostitution underground contributes to the spread of sexually transmitted diseases. Under legalized prostitution, sex workers in the USA would be tested for diseases before getting permits. Physical exams of the sex workers are standard requirements in countries with legalized prostitution. Without legal protection, prostitutes usually work in unhealthy environments, are put in jail and labeled as criminals. Today, clients can contract diseases and spread the diseases to other innocent people before they realize they are a carrier. People have died after mating with a partner who did not even know they were carriers of an infectious fatal disease.

We waste billions of dollars trying to enforce unenforceable sex laws. Money that is wasted on law enforcement, on judicial resources, on incarceration, and on administrative costs could be redirected to government projects and services that would benefit everyone such as job training and small business loans. Instead of wasting millions on enforcing archaic sex laws, the government could receive significant tax revenues from sensibly taxed sex businesses.

Millions of women, especially struggling students, feel that getting paid for engaging in sexual activities is an easy way to pay the rent. But they do not want to be arrested for prostitution, so they try to find a sugar daddy. One sugar daddy web site has about 1 million members of which 35% are students. (Ref. 6) There are about 12 women online for every sugar daddy looking for a sugar baby. This big difference means it is a buyer's (i.e., sugar daddy) market. Therefore, it is not as lucrative for the ladies as they have been led to believe. It is hard to make a case against legalizing prostitution, when, in one form or another, it is accepted and practiced by virtually everyone, including good girls and boys from good families.

The author was a Spacecraft Engineer on NASA's Apollo program and a Computer Science instructor at California State University. He holds a Master's degree in Systems Engineering from the University of California and has traveled extensively (more...)

STAY IN THE KNOW
If you've enjoyed this, sign up for our daily or weekly newsletter to get lots of great progressive content.
Series: "Life and living"

Things We Should Know but We Don't

The Case for Universal Health Care