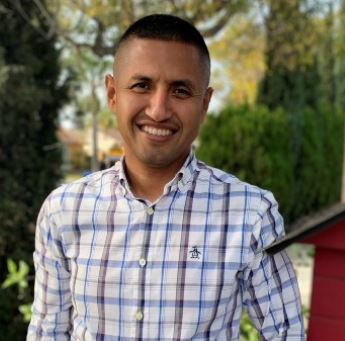 In the election that just passed the charter school industry won one seat to take the majority on the LAUSD School Board. In order to keep control, these publicly funded private schools will have to win all of the three board seats that are before the voters next year. The seat for Board District 2 will be open as Monica Garcia will be prohibited from running due to term limits. After finding himself involved in a series of scandals, Nick Melvoin has yet to announce his intentions for the seat in Board District 4. Newly elected Board President Kelly Gonez in Board District 6 has filed to seek reelection. She will not run unopposed as public school teacher and parent Marvin Rodríguez has already filed the paperwork to run against her.

Rodríguez and his family immigrated to the United States from El Salvador when he was eight years old. They settled in Los Angeles and Rodríguez credits strong bilingual education and magnet programs in LAUSD schools for helping him to transition into a new home country with a different language and culture. He notes that "the success of those programs were a result of amazing teachers who always demonstrated a passion for teaching and love for their students through their hard work and commitment to their success."

After serving his adopted country as a Marine in Iraq, Rodríguez earned a Bachelor's Degree in Economics from CSUN in 2005. He then earned a Master's Degree in Multicultural Education with an emphasis on second language acquisition from National University. Since 2014, he has been teaching Spanish at Cleveland High School. "His commitment and determination to advocate and fight for the success of his students through public education" have led to his decision to run for a seat on the LAUSD School Board. Should he be successful, he would be the only member of the board with children enrolled in the district.

When asked to provide his platform, Rodríguez provided the following:

These points of focus serve to outline a philosophy that reflects Rodríguez's strong belief in public education. In the 14 months left before the election, he must fill in the details and show the electorate specifically how he will accomplish his goals and make his opinion known on items currently before the board. As an example, he states that "the purpose of our campaign is also to keep our communities informed about the issues related to public schools" and that "expanding community engagement at board meetings is part of the message." He would, therefore, "absolutely" support the Board Meeting Accessibility to the Public resolution that has been presented to the board but has yet to be formally introduced by any of the board members. It would be a good sign if Rodríguez is able to use his campaign to promote some much-needed action on this proposal.
________________________________