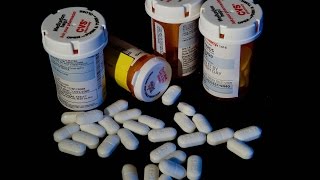 Drug Prices in the U.S. Are the Highest in the World
(Image by YouTube, Channel: Bloomberg)   Details   DMCA

Debates on economic policy are often far removed from reality. Nowhere is this truer than in the case of prescription drug prices.

In the United States, we pay high drug prices because the government gives pharmaceutical companies patent monopolies, where it threatens to arrest anyone that sells a drug in competition with the patent holder. As a result, drugs often sell for prices that are several thousand percent above their free market price.

Incredibly, in debates on drug prices, these monopoly prices are routinely described as being the result of the free market, turning reality completely on its head. The people who want to lower drug prices are then said to be trying to interfere with the free market, which we are all supposed to think is a bad thing to do.

This is one of the reasons why a new bill to lower drug prices by Sen. Bernie Sanders and Rep. Ro Khanna is so brilliant. The bill is actually lowering drug prices by using the power of the market, making it clear that the proponents of high drug prices are the ones who want the government to interfere with the market to keep drug company profits high.

The bill would effectively end the patent monopoly for any drug where the price in the United States is above the median of the prices charged in the next seven largest wealthy countries. This is likely to mean a reduction in the price of most brand drugs by around 50 percent.

The reason is that, while other countries also grant patent monopolies and related protections to drugs, they don't allow the manufacturers to exploit these monopolies to the same extent as in the United States. They have some sort of price negotiation with drug companies, which is intended to place a limit on the price that can be charged when people's health or life is at stake.

In effect, the Sanders-Khanna bill imports the price negotiation process put in place by these other countries. Drug companies will have a strong incentive to set their price below the median of the seven benchmark countries. If they charge a higher price, they effectively lose their patent monopoly. They could still make some money off of licensing fees charged to generic producers, but this would be a small fraction of what they would make from having a patent monopoly.

Another nice feature of the Sanders-Khanna bill is that it would lower drug prices for everyone, not just Medicare patients. There have been a number of bills introduced in recent years that have been designed to reduce the cost of drugs for people in Medicare. While lower drug prices for people enrolled in Medicare would be good, we should be looking to reduce our drug prices across the board. There is no reason people in the United States should be paying so much more than everyone else.

The industry's response will be to whine that if they charged lower drug prices they won't be able to finance the development of new drugs. There is a grain of truth to this, but only a grain. The industry will collect roughly $440 billion (2.2 percent of GDP) in revenue this year from sales in the United States alone. It spends around $70 billion on research. This is less than one-sixth of the money it pulls in.

Certainly, if we did bring spending down to the levels in other wealthy counties it would lead to somewhat less research, but the question is the size of the falloff in research. After all, by giving another $1.5 trillion to corporations over the next decade, the Trump tax cut will almost certainly lead to some additional investment, but the question is how much. The evidence to date with the tax cut is that we are seeing very little payoff in the form of higher investment. Similarly, the additional revenue from unchecked patent monopolies is likely to translate into little by way of additional research into developing new drugs.

Ultimately we should be looking to more modern and efficient mechanisms than patent monopolies for financing drug research. The government already spends almost $40 billion a year on biomedical research through the National Institutes of Health. If we paid for the research up front, then all new drugs could be sold at their free market price from day one, saving us close to $400 billion a year. In that world, prescriptions would be $20 or $30 a piece, not hundreds or thousands of dollars.

But for now, the Sanders-Khanna bill is a huge step forward in making drugs affordable. And, it does it by using the market forces, a prospect that is very scary to the pharmaceutical industry.

Dr. Dean Baker is a macroeconomist and Co-Director of the Center for Economic and Policy Research in Washington, D.C. He previously worked as a senior economist at the Economic Policy Institute and an assistant professor at Bucknell University. (more...)
Related Topic(s): Health; Medicare; Patients; Prescription Drug Prices; Sanders-khanna Bill, Add Tags
Add to My Group(s)
Go To Commenting
The views expressed herein are the sole responsibility of the author and do not necessarily reflect those of this website or its editors.