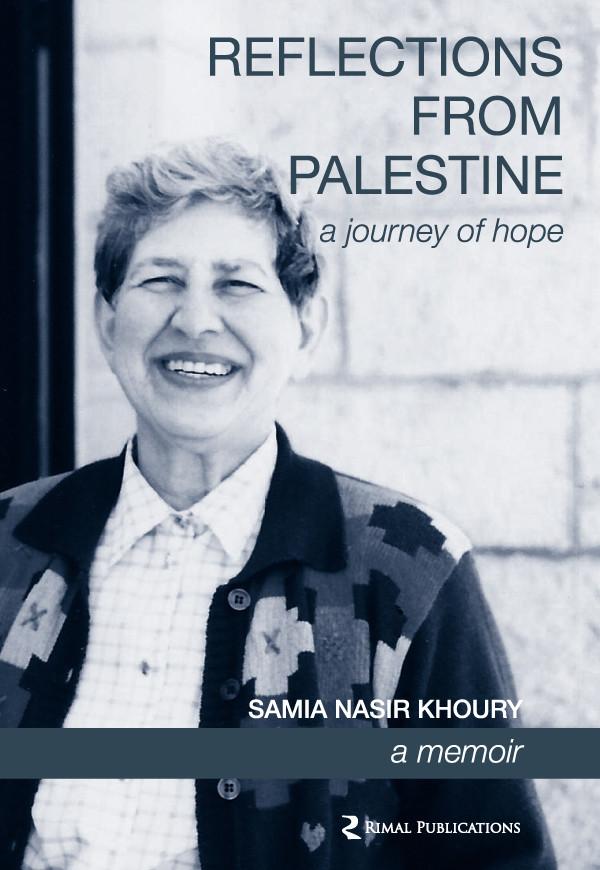 Samia Khoury has been my friend since before the first Intifada. My first of 20 trips to Palestine and Israel, always as a journalist, was in 1973. All too slowly, since that first trip, I grew to grasp the depths of the harsh reality of Israel's oppressive military occupation of the Palestinian people.

I first met Samia Khoury when I attended a board meeting of the Palestinian Sabeel organization. We have remained in touch through our blogs and through personal notes. Through these exchanges with Samia, she has kept me informed on the politics and cultural life of Palestine.

I have quoted from Samia in Wall Writings from time to time. She has connected me to life in Palestine under occupation. What she does not know is that she has also tempered my anger over the governments of Israel and the United States, an anger she also feels I am sure, but handles with grace and if I may quote Job, "patience."

She epitomizes the steadfastness (in Arabic, sumud), of the Palestinian people under occupation. which anyone open to human suffering, knows is an illegal, brutalizing, and well-orchestrated colonizing Israeli plan, to steal the land and imprison the people of Palestine.

Her most recent posting is such a masterful statement of this current moment in Palestine that I felt I must share it with my Wall Writings family. Since I am sharing it in its entirety, and not through quotes, I wrote and asked her permission to reprint it.

I also asked her for a few words to introduce her to my readers, She gave the permission and offered this introduction and explanation of her posting title:

"I started it as 'Deal of the Century,' and that is how it was posted on my blog, but then many of my recipients were being blocked, so I changed the title to 'Bribery'

I told her I would use her preferred title. Here from Samia Khoury's blog is:

The Deal of the Century

The US administration has never been supportive of our cause as Palestinians. And I specifically say the administration because we have a lot of support from the public, the main stream churches, the civil society, as well as many Jewish Americans.

The United Nations records show clearly that it was the Veto of the US at the United Nations that has hindered the implementation of the UN resolutions that would have guaranteed our rights as Palestinians, basically the right to return to our homes from which we were evicted by force or had to flee for our lives in 1948.

We were never even offered compensation, and Israel continues till this day to deny its responsibility for our plight.

Related Topic(s): Jerusalem; Palestinian; Politics; Samia Khoury; Sanctions; Trump Bully In Chief; Trump Israel, Add Tags
Add to My Group(s)
Go To Commenting
The views expressed herein are the sole responsibility of the author and do not necessarily reflect those of this website or its editors.