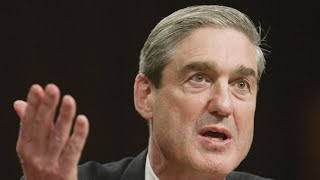 As has been made perfectly clear, Mueller's "indictment" of 13 Russians and 3 companies is just another hoax. See here and here.

All Mueller has found is a bait-click commercial marketing scheme that had nothing to do with election interference.

Why is Mueller comfortable bringing a transparently false indictment? The answer is, as Glenn Greenwald makes clear, that Mueller knows there are large numbers of warmongering politicians and media whores who will seize on the fake indictment as proof that Russia has "committed an act of war equivalent to Pearl Harbor and 9/11." The fact that what Mueller has indicted is only a bait-click marketing scheme will never be mentioned by politicians and presstitutes shouting the military/security complex's slogan that "Russia must be punished."

Greenwald supplies the names of some of these reckless and irresponsible people who are willing to bring on war with their rants: politicians Hillary Clinton, John McCain, Jeanne Shaheen, Jerry Nadler, Marco Rubio -- indeed almost all of Congress -- Clinton aides such as Philippe Reines and John Podesta, and the legions of presstitutes such as Karen Tumulty, David Frum, Chuck Todd, Tom Friedman, Chris Hayes -- indeed, the entirety of the print and TV media with the exceptions of Tucker Carlson and Pat Buchanan.

When a country armed to the teeth with nuclear weapons and overwhelmed by its own exceptionalism and indispensability has political and media lunatics equating a bait-click commercial marketing scheme with Pearl Harbor, that country is a recipe for the end of the world.

Note: Two presstitutes at Bloomberg, Lauren Etter and Ilya Arkhipov, think that filming disadvantaged Americans in order to cast the US in a bad light is the same as interfering in the presidential election, and they think that a Russian food caterer is heading a Russian disinformation campaign.

This shows how utterly stupid the US media is. The entire article is based on nothing, just what some people say they think. Prigozhin's business is a bait-click marketing scheme. What the utterly dishonest Mueller and the presstitutes are doing is turning a bait-click marketing scheme into an election-interfering scheme. The only way this "indictment" could succeed in a court would be if no evidence could be presented, only Mueller's absurd "indictment."

Mueller's "indictment" is not meant to go to court. It is just a propaganda device, and that is how the presstitutes are using it.

As Glenn Greenwald reports, three CNN "journalists" had to resign for their fake-news "Russia threat" stories. In actual fact, the entirely of the US print and TV media should have to resign.

Related Topic(s): Control-freaks; Glenn Greenwald; Media Bias; Mueller Investigation; Russia Investigation, Add Tags
Add to My Group(s)
Go To Commenting
The views expressed herein are the sole responsibility of the author and do not necessarily reflect those of this website or its editors.