Running against Trump, and beating him, are both going to be tough propositions. Right now, Trump has clearly decided that his best road back to the White House is the use of racism. And his is not the old Republican, Nixonian/Reaganite , variety, or even that of the open Seg., George Wallace, either. They, and many others right up to the present used "dog whistles." But Trump is right out there, while even at the same time Trump lap dogs like Mick Mulvaney are arguing to an exasperated Chris Wallace on Fox" News" (July 28, 2019) that Trump is not a racist. (Betcha didn't know that Fox has comedy segments.) And it doesn't embarrass him in the least. He revels in it, actually wallows in it. 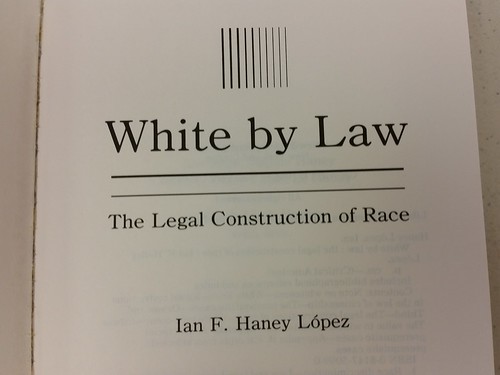 However, and this is point one, it was really doesn't matter whether or not Mick Mulvaney says he is a racist (and Mulvaney actually may truly believe that he is not, which tells you how much Mulvaney knows about racism). What matters is that Trump is one, and is consciously using his built-in racism as a campaign strategy. It was reported on MSNBC's "Deadline White House" on July 29, 2019 that Trump campaign staff reviewed the use of the tactic, evaluated its positive effect upon a portion of the Trump electorate, and told the President "go for it." Amazing stuff! Right out of the Nazi Propaganda Ministry of Josef Goebbels. And just think. Trump's people sleep well at night.

First and foremost, it has to be recognized that Trump and the Trumpublican (tm) Party are going to be tough to beat. A) Trump has the advantage of incumbency. B) They already have tons of money, with more pouring in every day, lots of it "dark." C) While the Democratic candidate will likely win the popular vote, and likely by much more than Hillary did, according to The New York Times' Nate Cohn, as of now Trump has a very good chance of winning the Legacy of Slavery, the Electoral College.

Second, Trump is going to make his campaign simple. He will be running on the "Four R's." None of them have to do with substance, something that Trump will desperately try to stay away from (see below). Two of them are what might be called "campaign processes." They are Racism and Red-baiting. (And believe me, it doesn't matter who the Democrats run, "progressive" or "center-leftist" --- Trump will still red-bait her or him 'til the 8 goats he keeps at his Bedminster golf course so , it is said, that he can tax-deduct it as a farm, come home.) Third and fourth are "electoral processes:" Russian (pro-Trump) interference, and Repression (of the vote). I will be dealing with the Four R's --- plus Cheating --- in more detail in future columns.

But let us turn first to suggestions for campaign tactics for the Democrats.

1. Most important is the one that has been in the Republican playbook ever since Lee Atwater managed the campaigns of Ronald Reagan and George H.W. Bush: "Always Attack; Never Defend." It means exactly what it says, and if you want to watch the best avatar for it, ever, just watch Trump. He never defends anything he stands for. He is always on the attack, against the media, against any political figure who disagrees with him, e.g. "The Squad" and Elijah Cummings, before them, e.g., Maxine Waters, and even members of his own party should they have the temerity to disagree with him on some details, like the former Gov. Sanford of South Carolina, any foreign government or government leader he doesn't like, any legal opponent, e.g. Bob Mueller, Jim Comey, Letitia James, and so on and so forth. 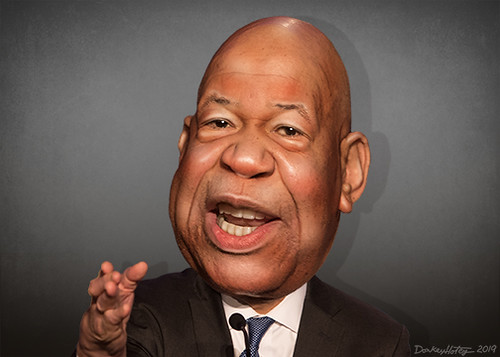 Elijah Cummings - son of a share-cropper. If Trump had had anything to say about it, he would be nowhere close to where he is.
(Image by DonkeyHotey)   Details   DMCA

If you want to learn how to do it (hopefully for progressive politics) and when (always), just watch Trump in action. Trump actually first learned it from Joe McCarthy's brain, Roy Cohn, who preceded Lee Atwater. After Atwater came Limbaugh and O'Reilly. The best modern practitioner of the tactic, other than Trump himself (sorry, Sean), is of course Sean Hannity.

The Democrats are simply going to have to learn how to do this, and quickly. As an example of how "Always attack, Never defend" would be used right now in responding to the attack on Elijah Cummings and the city of Baltimore: one could start with Jared Kushner and the "infested" housing he owns in Baltimore, then go to the Housing Secretary, Baltimore's own Ben Carson, who is in charge of cutting as much housing support for low- and middle-income folks as he can; and the Trumpist ravaging of all kinds of programs designed help the inner cities, from education to health care.

2. The Democrats are going to have to learn quickly to deal with the standard Republican "Whaddabouts," that is "what about Bill Clinton," "what about Hillary Clinton," and "what about whomever." This is a tactic that was originally developed and finely honed by the disgraced Fox"News" talking head, Bill O'Reilly. There's a very simple answer to it. Don't argue, don't try to distinguish (even though Bill Clinton was impeached for lying about an affair with a consenting adult, which for Trump, if he is impeached it will be for . . . ). Just go right on to: "Two Wrongs Do Not Make a Right. Next."

3. Never get caught in the "yes he is, no he isn't" discussion, especially about Trump's racism, xenophobia, whatever. It is not winnable. Just state that he is, don't argue, let the other side claim he isn't, and move right on to the issues (see below).

4. Policy (see also below) must be the primary focus. Trump wants the primary focus to be on him. Yes indeed, his racism has two functions, not just one. It rallies true racists (whether conscious or not) to his side. It also keeps the focus on him and what he is saying, not what he is doing and not doing (see below). It is the Master Distractor. And Trump is indeed the master of his own WMD's: Weapons of Mass Distraction. Don't let him get away with going there.

5. To the extent possible, ignore him. Again, stay on the issues. He hates that with a passion and a vengeance. The more he is ignored, the more frustrated this Life-time Loser will become. And the more likely will it become that he will finally do something that will finally sink him of his own accord, like "Titanic" hitting the iceberg.

Steven Jonas, MD, MPH, MS is a Professor Emeritus of Preventive Medicine at StonyBrookMedicine (NY) and author/co-author/editor/co-editor of over 35 books. In addition to his position on OpEdNews as a "Trusted Author," he is a Senior Editor, (more...)
Related Topic(s): Race; Racism; Strategy - Strategies; Trump; Trump Against Democracy; Trump Attacks Democrats; Trump Attacks Media; Trump Attacks Media As Enemy Of The People; Trump Bigotry; Trump Broken Promises; (more...) Trump Campaign; Trump Fake News; Trump Nixon Similarities; Trump Racism; Trump Racist; Trumpism, Add Tags  (less...)
Add to My Group(s)
Go To Commenting
The views expressed herein are the sole responsibility of the author and do not necessarily reflect those of this website or its editors.