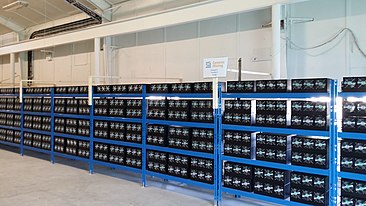 Elon Musk is a man of many skills. He didn't just make electric cars sexy, he sent one to space. Perhaps chief among his talents is the ability to roil markets by running his mouth. Lately, he's aimed that talent at cryptocurrency.

In February, one of Musk's companies, Tesla, announced that it had purchased $1.5 billion worth of Bitcoin; in March, that it would accept Bitcoin for purchases of its cars.

Then, in Mid-May, Musk announced that Tesla was suspending vehicle purchases in Bitcoin over "increasing use of fossil fuels for Bitcoin mining and transactions" (while mentioning that "we are also looking at other cryptocurrencies that use

Naturally, the price of Bitcoin in dollars crashed -- back to the terrible old level of February, only twice what it was worth in December.

And, naturally, the cryptocurrency naysayer chorus emerged from its groundhog hole to yell "told ya so." Just like they've been doing every other week since May 22, 2010, when Laszlo Hanyecz paid 10,000 Bitcoins (current value, nearly half a billion dollars) for two pizzas.

Sorry, guys. Bitcoin's probably not going away, and cryptocurrency in general certainly isn't.

No, not all Bitcoin is mined using fossil fuels. In fact, many serious mining outfits specifically look for locations with cheap, plentiful hydroelectric power.

And no, not all cryptocurrency mining is nearly as energy-intensive as Bitcoin mining.

So, what's Musk up to? Is he just having fun upsetting apple carts? Or is there business method behind his madness?

Financier (and former Trump White House Communications Director) Anthony Scaramucci thinks he knows. Scaramucci suggests (with a small hypothetical wager of 1/200th of a Bitcoin) that Musk's next big cryptocurrency play will be to send Tesla's energy subsidiary into "super clean" Bitcoin mining.

That would be a smart move from both directions. It would reduce the financial and environmental costs of mining, while giving solar and wind power a boost in their fight to displace fossil fuels generally.

The technology underlying cryptocurrency is sound. It will survive, and it will become dominant. The only question is whether it will completely displace, or be at least partially co-opted by, government monetary schemes. Hopefully the former. Getting government out of the money business would be a gigantic leap for human freedom and prosperity (and, maybe even a step toward getting government out of business entirely).

Related Topic(s): Cryptocurrency; Elon Musk, Add Tags
Add to My Group(s)
Go To Commenting
The views expressed herein are the sole responsibility of the author and do not necessarily reflect those of this website or its editors.