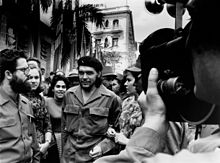 If you're part of the growing socioeconomic group that's experiencing economic hardship during this time of global capitalist implosion, you can relate to the feeling of being trapped in a giant twisted machine which is slowly bringing you closer to your doom. As billionaires prepare for the apocalypse by consolidating ever more wealth, they're using their systems of state and corporate power to make it so that we'll be the ones left behind. They're reducing wages, cutting social benefits, and letting infrastructure continue to crumble, making it so that the masses of unemployed and underpaid people will be left to fend for ourselves as the climate crisis intensifies.

This is the reality that most of the population faces: the prospect of being brought into the destitute and violently oppressive conditions which society's most marginalized groups have long faced, all while commercialism and the daily demands of surviving under neoliberalism constrain our ability to act independently. We feel desperate to break free from it all, to take matters into our own hands. But the nature of our situation makes us hesitate to actually become revolutionaries; we're trying to navigate an increasingly hostile economic landscape, and we're facing a militarized police state. This is where the philosophy of revolutionary suicide comes in.

In his autobiography, Huey Newton wrote that "Revolutionary suicide does not mean that I and my comrades have a death wish; it means just the opposite. We have such a strong desire to live with hope and human dignity that existence without them is impossible. When reactionary forces crush us, we must move against these forces, even at the risk of death. We will have to be driven out with a stick." To embrace revolutionary suicide is to commit to one's duties in the cause of revolution, and to do so while not letting the possibility of death dissuade you from carrying out what's needed for the greater good.

With this shift in perspective, wherein you go from being intimidated by the retributive capabilities of the power structure to not fearing them, you can find freedom. Before he was murdered by prison guards, George Jackson used his life to do all he could to bring down the settler-colonial empire called the United States. And the material conditions he was living in were helping his cause. He wrote at one point that "with living conditions deteriorating, and with the sure knowledge that we are slated for destruction, we have been transformed into an implacable army of liberation."

We who share Jackson's goal of carrying out Marxist-Leninist proletarian revolution amid anti-colonial overthrow of the settler state have the potential to recreate his successes, and quite possibly to expand those successes into the state finally being overthrown. To do this, we'll need to proceed with all the work which is required of us, all while knowing that we're committing to the same types of sacrifices which Jackson made.

These sacrifices won't involve doing premature or adventurist actions. Given our current conditions, they'll first have to involve trying to win over the masses through spreading information about the need for proletarian revolution. We have to get the majority of the population on our side while building up our organizations. All the while, we need to prepare for the next steps to come by getting armed and trained for combat, figuring out how to homestead and to grow our own food, and gathering the survival materials that we'll need for the struggle ahead.

According to the Indigenous Anarchist Federation, here are the supplies we'll need to get in terms of communications:

-Cheap radios like the 5 watt Boafeng UV-5R, which can allow you and your comrades to securely communicate. "The issue with these radios for small group tactics and real time coordination is a lack of encryption," writes the Federation. "There are patches to allow for encrypted transmission, but to implement these, you need to understand that a) this is illegal, b) this requires technical skill to implement. Encryption should only be used for transmitting sensitive information to protect immediately actionable information."

-A general band of communication, one which would be "accessible using any of the personal radios used by the previously mentioned Immediate Comrades / Affinity Groups / Collectives, but would not use encryption. That means this could be used to coordinate. During actions, one person per Affinity Group / Collective (referred to as a 'squad') would act as the comms coordinator. They would have both a radio dedicated for their immediate comrades encrypted communications, and a separate radio tuned to the general band."

-A network to broadcast public news, one which is facilitated through a regional ham radio band plan. The Federation writes: "Moving out of the city or the affinity group, long distance communications will be needed for regional coordination, news, and resource sharing. This will require range over anything else. HF radio is what will be needed for this to be completely autonomous, but VHF can be used via repeaters, if that is the only affordable option."

-International news sharing, also facilitated using the HF approach. "HF radios used for regional communications can also be used to spread messages for the world to hear. Let us say that Alaska blocks all communication regarding Indigenous resistance. An HF transmitter could broadcast news and images to comrades in so-called Canada who could propagate it through the internet."

These communication tools are so important to list because they can provide us with the means to network if the capitalist state cuts off internet access to resistance zones. And mentioning them, along with the fact that radical groups like the Indigenous Anarchist Federation are now actively preparing to navigate such extreme scenarios, shows just how hard the reality of our situation is going to hit as the class struggle escalates. We're going to find ourselves militarily under siege, enemy combatants of a state that's already very quickly slipping into fascism. In such a scenario, the mentality of sacrifice which Newton articulated will be what gives us the will to fight back.

Create a reason for these alternative communications networks to be built. Gather seeds and grow gardens big enough to feed you and your community. Store up canned food and medicine. Attain non-electric refrigerators. Make your local communist organizations into mutual aid groups. Guns are just one part of prepping. We need to gather the resources we'll need to support ourselves in a scenario where the distribution networks of global capitalism have been cut off from where we live. And as Che Guevera wrote in Guerrilla Warfare, winning over the local populations is essential to creating the basis for such revolutionary havens:

The first task is to gain the absolute confidence of the inhabitants of the zone; and this confidence is won by a positive attitude toward their problems, by help and a constant program of orientation, by the defense of their interests and the punishment of all who attempt to take advantage of the chaotic moment in which they live in order to use pressure, dispossess the peasants, seize their harvests, etc. The line should be soft and hard at the same time: soft and with a spontaneous cooperation for all those who honestly sympathize with the revolutionary movement; hard upon those who are attacking it outright, fomenting dissentions, or simply communicating important information to the enemy army.

Related Topic(s): Conflict; Cooperation; Encryption; Government; Money; Organize; Propaganda; Responsibility; Revolution, Add Tags
Add to My Group(s)
Go To Commenting
The views expressed herein are the sole responsibility of the author and do not necessarily reflect those of this website or its editors.