They're really telling on themselves. 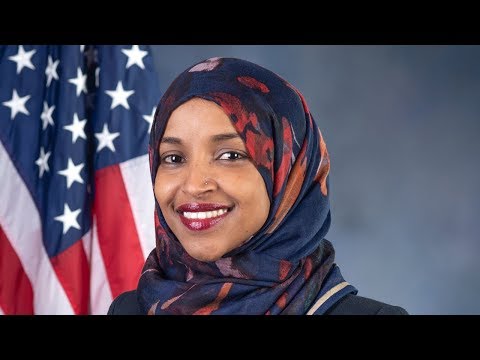 Representative Ilhan Omar was not elected to represent the status quo. The Minnesota Democrat speaks for her constituents, and for a future in which they might know economic, social, and racial justice. That horrifies conservatives.

Good. These are times when it is right and necessary to unsettle those in power, and Omar did just that on Tuesday when she proposed expanding the current debates -- many of which have been amplified by anger over the killing of George Floyd by police officers in Omar's Minneapolis district -- to focus on systemic change that targets unjust economic and political structures.

Omar pulled no punches during an outdoor press conference at Minnesota's state capitol, where she and her allies put their calls for sweeping legislative initiatives -- such as the George Floyd Justice in Policing Act of 2020, which has been passed by Democrats in the House of Representatives but is stalled in the Republican-controlled Senate -- in a broader context.

"We must recognize that these systems of oppression are linked. As long as our economy and political systems prioritize profit without considering who is profiting, who is being shut out, we will perpetuate this inequality. So, we cannot stop [with reform of the] criminal justice system," explained the Somali-born refugee, who served in the Minnesota legislature before her election to the House in 2018. "We must begin the work of dismantling the whole system of oppression wherever we find it."

Omar's remarks drew sharp rebukes from Republicans in Washington, D.C., and from their amen corner in the media.

Related Topic(s): Anger; Democrats; Losers; Representative Ilhan Omar; Republican Defection; Republican Hypocrisy; Republicans-GOP, Add Tags
Add to My Group(s)
Go To Commenting
The views expressed herein are the sole responsibility of the author and do not necessarily reflect those of this website or its editors.