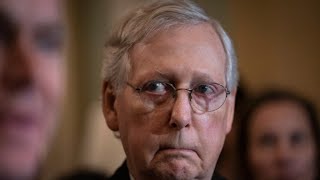 Again and again during the House impeachment hearings we heard one Republican after another assert "four facts" in Trump's defense. The phrasing varied, but the assertions remained substantively unchanged. Here they are in capsule form as expressed by Rep. Jim Jordan on Fox News in response to the interviewer's comment about the hearings that "You did not engage each other so nothing was done." Jordan's reply is like a spousal batterer ("she just won't listen!"):

I get that but again, they won't accept the facts. Four facts have never changed, they will never change. They've always been there. We have the transcript. There was no quid pro quo on the transcript. We have the two guys who were on the call. President Trump, President Zelensky, both have said no pressure, no pushing, no linkage of an investigation to the security assistance money. We have the fact Ukraine didn't even know aid was paused at the time of the call and most importantly Ukraine took no action, i.e., never made any announcement of investigation into anybody let alone the Bidens to get the aid released. Those facts have always been there but they don't care....

Yes, we have "the transcript." It is not a verbatim transcript, it is a composite transcript compiled from the notes of an unknown number of notetakers who listened to the 30-minute phone call as it happened on July 25, 2019. In the words of the White House: "The text in this document records the notes and recollections of Situation Room Officers and NSC policy staff assigned to listen and memorialize the conversation in written form as the conversation takes place." There is no assurance that this is a complete or fully accurate transcript, but it is five pages long, single-spaced and is the best record we have of this phone call between two presidents. No one knows whether a verbatim transcript exists. So what does this composite transcript show about the Republicans' alleged "four facts"?

#1 "There was no quid pro quo on the transcript."

The phrase "quid pro quo" has no inherent value. A quid pro quo can be good in one circumstance or bad in another. The phrase means, literally, "something for something," an exchange of items of value made freely or under duress. A quid pro quo can exist in a variety forms from proposal to completed deal. The transcript shows that on July 25, both presidents were considering a variety of quid pro quo arrangements without formally settling on any specific tradeoff.

#2. "We have the two guys who were on the call. President Trump, President Zelensky, both have said no pressure, no pushing, no linkage of an investigation to the security assistance money."

This is a profoundly dishonest Republican talking point, riddled with irrelevance.

President Zelenksy and Ukraine desperately need US support to become and remain a free and independent democratic nation. ANY exchange with the US is inherently full of pressure for any Ukrainian president. The power imbalance is huge and continuing. The US is in a position to make offers that Ukraine can't refuse.

President Zelinsky is not going to say publicly that he felt pressured. That would be madness and against his national interest.

President Trump is not going to say he pressured Ukraine because he doesn't have to admit an obvious reality and he's comfortable lying.

There is no specific linkage investigation and the aid money, but there is an implicit linkage. When Zelinsky raises the aid issue, Trump's silence speaks volumes, and adds to the pressure.

There is a very specific linkage of an investigation and a White House visit. The White House visit is more important to Zelensky than most foreign presidents. Not only does Zelensky need to bolster his presidential credibility in any way he can, Ukraine need the US to show the Russians that it will be a reliable ally for Ukraine. For Ukraine, this is close to life and death.

The Republican talking point is disgusting in its distortion of reality and in its implied willingness to discard an actual reformer in Ukraine in defense of a corrupt destroyer in the US.

The reality for Ukraine is worse than Republicans or Trump ever admit. That reality includes the presence of the Russian military along the entire eastern border of Ukraine as well as active Russian involvement on the side of the separatists in eastern Ukraine, the Donbass region, since 2014. (Crimea is another constant issue for Ukraine.) The Russian involvement in the Donbass may not rise to the technical definition of war, but the combat has been intense enough to kill more than 13,000 people.

Zelensky is acutely aware of the Donbass, and resolving it has been one of his highest priorities. That's why he needs US support, as a check on Russia. That's why he needs Javelin missiles, as a check on Russian tanks coming into Ukraine. When Trump withholds military aid, including Javelins, he sends a signal that not only pressures Ukraine, but that also reassures Putin, reinforcing Trump's image as pro-Russian. Zelensky's vulnerability and Zelensky's limited maneuverability are apparent to anyone who examines his situation. For Republicans to act as if that situation does not exist is quintessential bad faith and tantamount to lying at an existential level.

Vermonter living in Woodstock: elected to five terms (served 20 years) as side judge (sitting in Superior, Family, and Small Claims Courts); public radio producer, "The Panther Program" -- nationally distributed, three albums (at CD Baby), some (more...)
Related Topic(s): Burisma; Facts; Republican; Republican Hypocrisy; Sanctions; Trump Against Democracy; Trump Liar; Ukraine, Add Tags
Add to My Group(s)
Go To Commenting
The views expressed herein are the sole responsibility of the author and do not necessarily reflect those of this website or its editors.