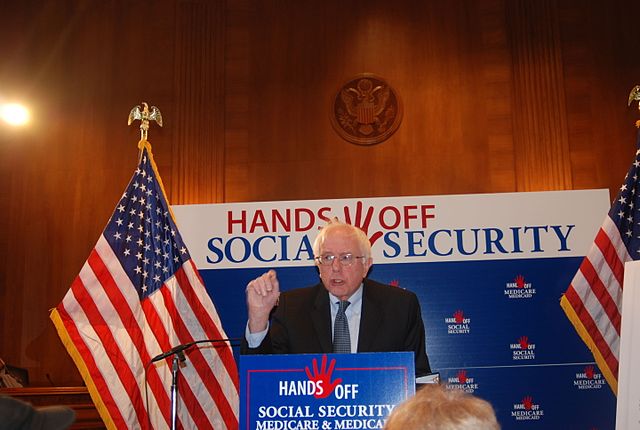 Social Security, the retirement program established by President Franklin D. Roosevelt and the Democrats in Congress in 1936 as a cornerstone of the New Deal programs that were put in place to help Americans struggling with the Great Depression, has been under attack by Republicans ever since it began.

In the early 1980s, they finally got their first chance to really take a whack at it. It was the first term of the administration of Ronald Reagan and thanks to medical advances that were allowing people to live much longer and to the Medicare and Medicaid programs or the mid 1960s that made those advances available to most Americans for the first time -- the elderly, the disabled and the poor -- the retirement program was under stress and heading towards being unable to meet its benefit payment obligations with just the payroll taxes being paid into the system by current workers and their employers.

If that sounds familiar, it should. Once again, this time because of even further improvements in longevity, combined with a declining US birthrate and the fact that since 2007 Baby Boomers, that wave of new Americans born after the end of WWII and through 1964, have been reaching retirement age and have begun receiving their Social Security benefits, the Social Security system is heading towards a financial crisis. It's not bankruptcy as Republican scaremongers claim, but if nothing is done to bolster funding for the system, as of 2034 surplus funds deliberately built up in advance to finance Baby Boomer benefits will be exhausted, and the payroll taxes paid into the system by then-current workers and their employers will only be enough to fund 78% of promised benefits to those eligible for benefits at that time.

That would, or course, be a disaster for the nearly 80 million older and disabled Americans who will have reached retirement age by that time, but it's a disaster that a mobilized public can avert by simply demanding that Congress take action and raise the necessary funds promptly to cover the difference. (More on that later in this piece, but suffice to say that our politicians have been dawdling on dealing with this for two decades.)

But first I want to address a more urgent problem: the theft of retiree benefits.

This theft began in 1983, when a compromise between President Reagan and House Speaker Tip O'Neill, the leader of the Democratic-led House of Representatives fixed that earlier Social Security funding crisis. As part of that fix, which included raising the age of so-called "full" retirement gradually from a current 65 to 66 and eventually 67, the elderly and disabled have been screwed out of their benefits, and the pain and suffering caused by that blow has only worsened over the years as cost-of-living adjustments in Social Security benefits have been consistently and deliberately been kept lower than the actual inflation in costs, especially for the elderly.

The dirty trick pulled on the nation's retirees and disabled was that as part of the deal struck between Reagan and O'Neill, Social Security benefits, which were not taxed in the original program set up by FDR, suddenly became subject to tax.

Under the "reform" plan of 1983, suddenly any retirees who earned more than $25,000 a year (or $32,000 for a couple), found themselves having to pay income tax on 50% of their Social Security benefit income. In other words, more "well-off" retirees living grandly on more than $25,000 or retiree couples living the good life on more than $32,000 suddenly began having to pay taxes on 50% of their own benefits to help fund the system paying them those benefits!

Once that bridge of ripping off of the elderly and infirm had been crossed, along came President Bill Clinton, a wolf in sheep's clothing who upped the ante. In 1993 he and a craven Democratic Congress pushed up the amount that "upper income" Social Security beneficiaries -- those single retirees earning more than $34,000 a year and couples earning more than the princely sum of $44,000 -- would have to pay taxes on to 85% of their benefits. That is, 15% of the benefit check would be tax free but the other 85% would be taxed at whatever the person's tax rate was.

The impact of this second pocket-picking maneuver by Clinton was profound. In 1983, the initial tax on Social Security benefits only impacted 10% of the elderly and disabled. Under Clinton's second purloining of retiree income, it has come to impact the income of 56% of retirees and the disabled -- in other words the majority of beneficiaries in the Social Security program.

At this point, the easiest way for the government to improve the lives of America's elderly and disabled would be to end this shameful taking of taxes away from their benefits. (Those beneficiaries earning lower incomes who are not subject to having their benefits taxed get subsidies in the form of the Earned Income Tax credit, and if their incomes are low enough, also get Supplemental Security Income assistance.)

If the purpose of Social Security benefits is to reduce poverty among the nation's elderly -- and in an age when private pensions are almost non-existent, with 90 percent of the elderly relying on Social Security for at least half their income and 50% relying on the program's benefits for 90% or more of their income -- it makes no sense whatever to take some of that meager amount back in the form of income taxes. In fact, it's downright heartless.

All Americans should demand an end to that taxation on the elderly and infirm.

We should also demand an end to FICA taxes for Social Security being deducted from the paychecks of retirees on Social Security who keep working to make ends meet, which is currently the case. Okay, I understand if some wealthy executive or even some moderately well-paid university professor or physician, wants to keep working full-time after becoming eligible for Social Security benefits, and if that person's earnings could count towards that "highest 35 earning years" in calculating their monthly benefit amount, it could make sense for them to continue paying the FICA tax on those earnings. But most of the elderly who work are just doing part-time work that will never contribute towards their receiving a higher benefit calculation -- they're just trying to make ends meet, and perhaps trying to stay busy and engaged in society. They should not be taxed for that as a way of helping to fund the very program that they are receiving benefits from. It shouldn't be hard to set some high earnings level -- perhaps $50,000 a year beyond one's Social Security income -- below which no FICA tax would be assessed on working Social Security beneficiaries.

Related Topic(s): Social Security Cuts; Taxation, Add Tags
Add to My Group(s)
Go To Commenting
The views expressed herein are the sole responsibility of the author and do not necessarily reflect those of this website or its editors.